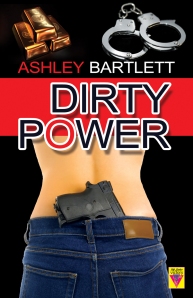 Ashley Bartlett is a talented young writer with a unique style and voice. I’m a big fan of her work and I think you should totally check it out, too. She has a new release this month. Dirty Power is the conclusion to The Dirty Trilogy. Frankly, I’m a little sad to see it end, but excited to see what she’s working on next.

Learn more about Ashley online at her website HERE. On facebook HERE. And buy her books HERE (ebook) and HERE (paperback).

Not long ago, I suggested to the esteemed Jove Belle that she have her character beat the living shit out of someone. It’s liberating.

I’m not sure why it’s so fun to write violence. Maybe there’s something wrong with me. But there’s a rush, a release in letting a character hit someone until they are bleeding, unconscious, powerless. Then again, they aren’t really powerless. Because the toll of violence on the aggressor can haunt them. That’s where the real fun is. Id is indulged in violence. But super-ego does the real damage. That part of us, of a character, that knows the violence we are capable of is far more destructive. Which, of course, leads to guilt and fear. And fear explodes out in more violence. It’s a messy, dirty cycle. Which is, you know, fun.

It’s just as fun to write someone else beating the fuck out of your narrator. There’s an honesty in it. A physical breaking down of your characters to mirror the way you, as an author, must break down their psyche to really know them. I knew Cooper the best when she was sobbing and bleeding, but still tragically loyal. In those moments anything goes. They give the true measure of a character.

Look at that. It almost makes it sound like I had a plan when I made the Dirties violent.

I’ve heard a lot about the violence in the books, which is why, dear reader, I’m telling you about it. In Dirty Sex, Cooper starts out violent for the fun of it. By the end of that novel, her violence has purpose. In Dirty Money, even she is disgusted by the swath of blood and terror she leaves behind. By Dirty Power, she simply acts that way because it is all she knows.

But I have good news (if you’re a pacifist). Cooper’s reign of violence, meaningful and meaningless, silly and murderous, chosen and uncontrollable, has finally ended.
So enjoy the Dirties. They’re fun. In like a horrible sort of way.