Stuff going on plus an excerpt!

Happy Friday to those of us who are still in the middle of it. Happy weekend to those who have moved past Friday.

GCLS EARLY BIRD REGISTRATION DEADLINE IS JANUARY 31. That’s in 2 days, friends. Info on that, along with a link to the registration page:

For those not in the know, the GCLS (Golden Crown Literary Society) is a premiere lesbian fiction conference held each year in different cities around the U.S. Last year, we were in New Orleans and the year before that, Portland, Oregon. This year we’re just outside Washington, D.C. and the whole thing kicks off July 6th and runs through the 10th. The conference includes panels, readings, workshops, master classes, vendor room, awards ceremony for lesbian fiction titles submitted the previous year, and a whole lot of fun and socializing. The GCLS also sponsors a year-long writing academy for aspiring (and perspiring) lesfic writers. There’s also a mentoring program, named in honor of the late Cate Culpepper. 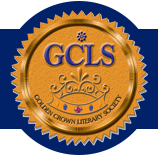 Lots of stuff at GCLS for both readers and writers. Give it a whirl! And, if you need some financial assistance, the GCLS does offer scholarships. Click HERE.

Okay! Since it’s Friday (and in case you didn’t catch it last week on my home blog), I thought I’d give you a little taste of a forthcoming novella I’ve got in the hopper for Ylva Publishing.

It’s part of a novella series organized by my author colleague and co-conspirator in many things, Jove Belle and author Gill McKnight. The series is called “The Law Game,” and will feature standalone novellas by a few authors that all deal with some aspect of the law (or opposition to it, as the case may be). The first novella will be released late spring, and then there’ll be a few more released in subsequent months (including mine! WOO!).

Other authors in the series include Jove Belle, Lee Winter, Jessie Chandler, Lynette Mae, and Gill McKnight and they’re all writing a range of stories, as you can imagine.

I decided to try my hand at something that I’ve described as a nutty mash-up of The Devil Wore Prada and James Bond (if Bond were a woman) with a dash of caper comedy and a bit of romance. It’s what would happen if a romantic comedy went on a date with a thriller and they got caught up in a Russian arms deal. Because that could totally happen! Amiright?

So anyway, below you’ll find an excerpt from this forthcoming novella, which doesn’t quite yet have a nailed-down title, though I’m tentatively calling it “If Looks Could Kill.”

Synopsis
Eleanor “Ellie” O’Donnell is part of a special investigative unit within the New York City Police Department. She’s tasked with figuring out the relationship between internationally known fashion mogul and all-around ice queen Marya Hampstead and a local Russian crime family. The only way Ellie can do that is to pretend she’s an aspiring designer and take a job as an intern at Hampstead’s fashion empire. And in the fast-paced world of clothes, critics, and competition, Ellie uncovers much more than runway gossip, including secrets that will kill far more than a bad outfit.

Ellie took the folder and opened it. A photo was fastened to the inside cover, and the woman in it stared out at her, almost glaring. “Wait.” She looked up at him. “This is Marya Hampstead.”

“Yep.” Rick took his suit jacket off and slung it over the back of his chair at his own desk. He rolled his shirt sleeves up, something he did when he was in the office, and straightened his tie. Rick was built like a prize fighter, and Ellie figured he had to have his shirts custom-made to accommodate his musculature. A long scar marred the underside of his left forearm, pinkish against the brown of his skin. He said he’d gotten it during his service in Afghanistan.

“The Marya Hampstead,” she said. “Fashion mogul. Bitch on wheels.” And ultra-hot, she finished to herself. Seemed beauty was wasted on people like her.

He clicked the remote and brought up the portfolio on the big screen that hung near his desk. Hampstead glared out at him now, too. “You’re quick, Els. Guess that’s why you’re part of this unit of NYPD.” He flashed her a grin.

She ignored the ribbing. “What’s the deal?”

He clicked to another photo that showed Hampstead with a well-dressed man entering what looked like a restaurant. She had her hand on his arm.

“Looks familiar. Is he part of the Koslov family here?”

“Yep. The Koslovs might be tied in with international arms dealers overseas.”

“Daddy Koslov runs a company in Moscow that makes medical equipment. However, a couple of his shipments were intercepted in Turkey. The shit in the boxes was not scalpels or clamps.” He clicked to another photo that showed military-grade rifles and ammo.

“Where were they headed?”

Which was currently a hotbed of crazy, Ellie thought, with layers of civil war, violence, and whatever other atrocities people dealt out to each other. “So is Daddy Koslov or Lyev running them or is somebody else in the company using them as a front?”

“We don’t know. We’re trying to figure that out. We’re also trying to figure out what Hampstead’s relationship to Junior Koslov is. And what he’s up to with her.” He clicked back to the other photo.

“When was this picture taken?”

Ellie frowned, skeptical. “The guy’s a businessman. She’s a businesswoman. Her dad does international banking in the U.K. They probably met at a party or some dinner or something and had a fling. That’s how they do it in those circles.”

“Totally possible. Except Daddy Hampstead spends a lot of time with Koslov holdings overseas, and we’re not sure what he’s up to. He’s been spotted in Moscow, cozying up to former KGB.”

“Practically everybody in the Kremlin is former KGB, including Putin.” Ellie picked up one of her cinnamon Jolly Ranchers. She unwrapped it and put it in her mouth. “Businesses over there are probably full of ex-KGB, too,” she said around the candy as its spicy kick filled her mouth.

“True. But Jonathan Hampstead has ready access to all kinds of international contacts, and he’d be able to get the money to help broker a few arms deals.” Rick picked up his diet Mountain Dew and sipped.

“So we’re targeting her to get to Daddy Hampstead.” Her tongue burned a little from the cinnamon.

“Even though she hasn’t been seen with him for three months.”

“But he might be hanging out with her dad, still.” Rick gave her a look over his shoulder.

“When was the last time she saw Dad?”

“Two months ago in London. He’s British. His ex-wife is Greek. She still lives in London, too, and it seems she’s still cordial with Dad and daughter. Read the file and see if you can fill in some holes. We’re starting this op in about a week. By that time, you’d better know Hampstead’s favorite music, what wine she likes, and the kind of toilet paper she uses.”

Ellie raised her eyebrows. “C’mon,” she said. “People that rich pay others to wipe their asses.”

He laughed. “Then find out what the servants buy.”

Ellie took a drink of cold coffee. “So how is this going to go down?”

“We’re putting someone inside.”

Ellie nodded, approving. “Ambitious. Who gets that job?”

—-
And there you have it! A somewhat madcap project for me, but so far, it’s fun. Hope everybody has a great Friday (if you’re still in the appropriate time zones for that); otherwise, hope you have a great weekend.