The Master of Romance by Heather Blackmore 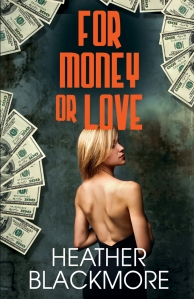 Look! It’s Sunday. I’m off on an adventure for the day, but before I go, I’m excited to tell you all that my friend Heather Blackmore stopped by again today. Please, read and enjoy!

The Master of Romance
by Heather Blackmore

To celebrate this week’s general release of my second romance, For Money or Love—now available at Amazon, Bold Strokes Books and other fine book stores, yippee!!!—I want to talk about the Master of Romance.

No? The biggest financial swindler of all time isn’t on your romance radar? Perhaps he should be.

You’re thinking, “This Heather Blackmore person is nuttier than a jar of Jif.”

Undoubtedly. But I digress.

For those of you unfamiliar with Bernie, he was arrested in 2008 after admitting to one of the largest investor frauds in world history—a Ponzi scheme of $65 billion.

One definition of romance is, “to invent or relate romances; indulge in fanciful or extravagant stories or daydreams.” Think Don Quixote.

Bernie Madoff concocted an extravagant story for the ages. And investors bought it.

Yet before I get into details about this key piece of inspiration for my novel, let me dispel any hearsay: For Money or Love is a love story, not a financial thriller.

It’s a story of two women from diverse backgrounds, each coming to terms with who she wants to be versus who she is, because the woman she’s falling for makes her strive to be a better person.

In the 270 page paperback, there are 3 pages—spread over multiple scenes—devoted to the characters’ difficulties in understanding the finances of Magnate, the fictional Madoff-like investment firm.

Those few pages of financial-speak are an important aspect of the story. The Madoff-like character has perpetrated a massive fraud extending nearly two decades (not unlike Madoff). How it’s finally discovered, the reasons it’s flown under the radar for so long, and the complete devastation it leaves in its wake are critical elements of the novel.

But it’s secondary to the romance. And thus only 3 pages.

And now back to Mr. Madoff.

Bernie lived the dream. According to an attorney for several Madoff victims, Bernie “moved in some of the best social circles in New York. He worked the best country clubs. He was utterly charming. He was a master at meeting people” and creating a near-superhero aura. He literally charmed people out of billions of dollars.

There’s something very compelling about sweet-talking, charismatic, wealthy people. Just look at our multi-billion dollar celebrity news industry. Madoff ruined many lives and nonprofits due to his boundless greed, yet something about him made people look the other way, decide not to look too closely—SEC employees included.

For Money or Love is not a story of Mr. Madoff, yet it includes a fictional account of a woman who could almost have been his daughter.

What would it be like to have your entire life upended because you learned your parent was a criminal of the worst kind? What if the father or mother who tended your scraped knees, helped you with your homework, clapped proudly at your graduation, and hugged you when your first love broke your heart turned out to be an outrageous thief and liar?

What if you were the person who discovered and informed law enforcement of your parent’s scheme? (Madoff’s sons Mark and Andrew informed the feds as soon as they heard their father’s confession.) Would anyone believe you could be so ignorant, especially if you enjoyed the trappings of wealth enabled by the deception? Did anyone truly believe Ruth Madoff had no inkling of her husband’s treachery? How many folks thought Madoff’s sons acted nobly vs. selfishly to save their own hides? (Even Madoff’s former secretary—and they always know, right?—claimed no knowledge of his artifice despite 25 years of working for him.) How many of you believe that Ruth, Mark, and Andrew were just as duped as the rest of the world?

In fact, I’ll take a quick poll. Leave a comment and select one of the following:

A: Innocent. You believe Madoff’s wife and/or sons were unaware of his scam;

C: Who? You hadn’t heard of Madoff before today;

The Madoff family lost their fortune, friends, and reputation as a result of Bernie’s actions that affected, and in a number of cases ruined, thousands of businesses, charities, and individuals. Mark hanged himself with a dog leash on the second anniversary of his father’s arrest. Andrew believed the stress caused by his father’s actions opened the door for his cancer’s return (it later killed him). He said, “I will never forgive him for what he did. He’s already dead to me.”

Madoff wove a fanciful tale of generating good, consistent returns—a romantic story of billion-dollar proportions. And unsuspecting investors bought into his mystique. Unfortunately, his fiction didn’t yield a happily-ever-after for anyone caught in his web of lies.

Although I’m already giving too much away by mentioning how Madoff influenced me, I want to share an excerpt from early in the book. TJ Blake recounts the disastrous first day of her internship to her teenage sister, Kara, which went awry when TJ and Jessica Spaulding (wealthy daughter of the firm’s founder) had lunch:

TJ spoke over her shoulder as she scrubbed the plates. “Fine, I suppose.”

“Must’ve been pretty bad for you to leave early.”

“The person I’ve been assigned to isn’t exactly…I’m not sure I can learn from her.”

“So, like, Mr. Ferris?” Kara’s freshman-year foreign-language teacher had been as helpful to the students learning Spanish as whistling to communicate with birds. Kara had complained, suggesting she’d learn more from Spanish language audiobooks than attending his class. TJ had agreed, and instead of suffering in his class each day, Kara went to the school library and followed the lessons. She was now in Spanish AP.

“I don’t know if she’s that bad, but we definitely don’t see eye to eye.”

TJ didn’t want to talk to Kara about her exchange with Jess. But it was rare these days for Kara to be so unguarded, and TJ didn’t want their time together to end. When their mom had died—which to TJ was far too passive a way to describe it—TJ had been forced into a guardianship for which she was ill prepared. Kara blamed herself for the loss while TJ blamed their mother. As Kara grew older, she retreated into her games, growing more sullen and standoffish.

Cars were the only thing these days that pulled Kara out of her doldrums, a subject that often put the two of them at odds. Their relationship had morphed into a bifurcated not-parent, not-sibling thing TJ couldn’t describe. Now, their closeness was sporadic. She didn’t know how much of Kara’s moodiness was due to normal teenage angst or to feeling worthless.

For several months after their mother’s passing, Kara, twelve at the time, had often cried that she wasn’t good enough—wasn’t enough, period—to keep her mother interested in this life. Since then, Kara never talked about their mother. And neither did TJ.

TJ set down the glass she was cleaning and dried her hands. Two chocolate muffins had been warming in the oven, which she tossed into two bowls. She dropped a dollop of ice cream onto each one and sat next to her sister, who immediately began to eat.

“I haven’t been able to stop thinking about something she said.” TJ interpreted Kara’s full-mouthed mumbled question as only a sibling could. “Scary I understood that.” TJ sucked on a small bite of the mint chocolate chip. “She asked if I weed out prospective dates based on income.”

“You talked with your boss about dating? On the first day?”

“Not talked about it, exactly. It came up.”

“Paulina Zeilinski just transferred from Warsaw, and she’s anything but.”

“How do you know she’s straight?”

Kara returned the shoulder push. “Do you?”

“Weed out prospective dates based on income?”

“Probably not a great pick-up line.”

“I know. But part of me thinks she’s right. What if I judge people based on how they live? More specifically, their earnings? How does that make me any different from people who judge me based on the sex of the person I prefer in my bed?”

Kara grinned and waggled her eyebrows. “Sex and bed. You never talk sex and bed.” She scooped another spoonful of ice cream and muffin into her mouth.

“Iranian Bill Gates, sixth century BC.” Unless a history lesson related to automobiles, Kara lost interest, so TJ often modernized and packaged historical facts into sound bites to keep their conversations on track.

“What does that have to do…were you not here for the part about the arrows and lines?”

“What if…what if a beautiful, bright heiress worth bazillions asked you to dinner?”

“How could I enjoy the meal? How could I ever pay her back? I’d sit there and think of all the ways I’d fall short and how I couldn’t remotely give her anything she’s used to.”

“Why would you need to pay her back? Dude. Pretty—”

TJ scoffed. “You can scrap smart.”

“Goes without saying if someone asks you out. But dimwitted heiress is asking you on a date, not pulling out her little black bookie book to track who owes who.”

“Who owes whom. And I can’t accept something for nothing.”

“I’m speaking colloquially, Grammar Police. She wouldn’t be asking you to. She’d be asking you to respond with, like, part of you, not part of your checkbook. She’s surrounded by people who could do that, but she asked you. What if you’re the antidote to her having to deal with all the Class As trying to get into her pants because they paid for some fancy dinner?”

Class As were assholes. TJ didn’t allow Kara to swear. When either wanted to call someone a nasty name, they were Class As.

“I don’t know that I could prevent them from trying.”

“If she knew you were by her side, she wouldn’t care that they did.”

“Fake heiress in said fake situation sounds intriguing, but don’t you have some homework to finish?”

For Money or Love is now available at Amazon and Bold Strokes Books in paperback and eBook formats.

Heather Blackmore works in finance for SF Bay Area technology startups. In a seemingly counterintuitive move, she got her MSA and CPA with the goal of one day being able to work part-time so she could write. The right and left sides of her brain have been at war ever since.