Look! Our friend Jody Klaire stopped by again. Today, she’s sharing some good thoughts, along with a couple of excerpts from her books. Click on the covers below to read them!

In all my work, I try to make a reader: enjoy, immerse themselves, maybe think about a topic differently, but most of all smile. Reading, to me, should be a joy. That’s a difficult balance to master when you have a topic that you want to raise awareness of. I tend to show things through my characters when I can, for instance, Miroslav in Untrained Eye is not only there to be fantastic and make you cheer but he’s also there to do something even more important. He’s raising awareness of a medical condition that is not fully understood, yet can show doctors, if they spot it, that there is a need to investigate a person’s health. Very few medical professionals have any knowledge of it but my hope is that if anyone who reads it has his symptoms, they know where to look.

Either way, I always try to make it relevant to the story and sometimes that’s very hard. In La Vie en Bleu, Pippa is faced with needing to do CPR. There have been so many different agreed ways of doing it over the years that it was hard capture what was right versus what someone would actually remember when faced with that situation. I don’t know about you, but can you remember the rate of compressions to breaths? Unless you’ve just been on a course or you’re medically qualified (in which case, you kinda should know.) I thought to myself that I would go with how she would cope with the situation but did you know that you can even give CPR hands only if you don’t want to give breaths? Yeah, according to the British Heart Foundation Website, you pump as if singing Stayin’ Alive (Only us British could come up with that one) until help gets there. That’s 100-120 compressions a minute so hopefully you’re fitter than me.

That makes my job with The Whistleblower a bit harder because I’m no doctor. It’s also a free series and is up monthly on my website and I’m a bit busy asking doctors more pressing questions than “If you had a patient who…” So I research and try to keep within subjects I sort of have a clue about but all with the disclaimer that I’m not depicting it like I’m creating a medical education series. Susan may be a doctor but the story is what is going on within Serenity Hills.

However in Hindsight, I was again going into a medical condition that would be little known and which may confuse readers as it often confuses in reality. (Can’t say too much of course as it’s out in Mid-October!) I hope that it does become clear when the story reveals it.

And guess what? In Best Maid Plans (I’m told might be out in December) I had to draw on my own experiences to depict a medical issue. If you’ve read La Vie en Bleu you’ll probably know that Berne had a knock or two and it was important that I didn’t just forget that and get her doing all the things someone in her position couldn’t.

I have to say, it’s a challenge I really enjoy. The main theme with it all is that I’m dealing with characters who are human and quite often humans have niggles they need to deal with whether that’s physical, emotional, mental or spiritual. I try to make sure that they stay as true to medical fact as I can and the even better part about it, is that with Aeron at least, I can fix it.

That is something I love about writing The Above and Beyond Series. No matter what the issue is, Aeron can do her thing… although if you’re following the series you’ll know it doesn’t quite work like that…

Something that really is close to my heart though is Liz McMullen’s Laugh Out Loud Anthology and I feel really lucky to be a part of. The book is raising money for the Sandra Moran Scholarship Fund and the GCLS. So Pippa and Rebecca step up to try and make you giggle all the with help of a very “lively” golden retriever.

I wanted to give everyone who is reading today a little something so I’ve attached the opening lines of Hindsight and an excerpt of Best Maid Plans. If you enjoy Pip’s excerpt, Puppy Sitting For Dummies will be in the LOL anthology and bridges the gap between La Vie en Bleu and Best Maid Plans.

I think the best way I can raise awareness is by delivering a story that gives the main core of everything I try to do with my writing: Move you, entertain you, give you a life-long friend to share the pages with, uplift you, and leave you with a smile.

I hope you have a great weekend!
Jody 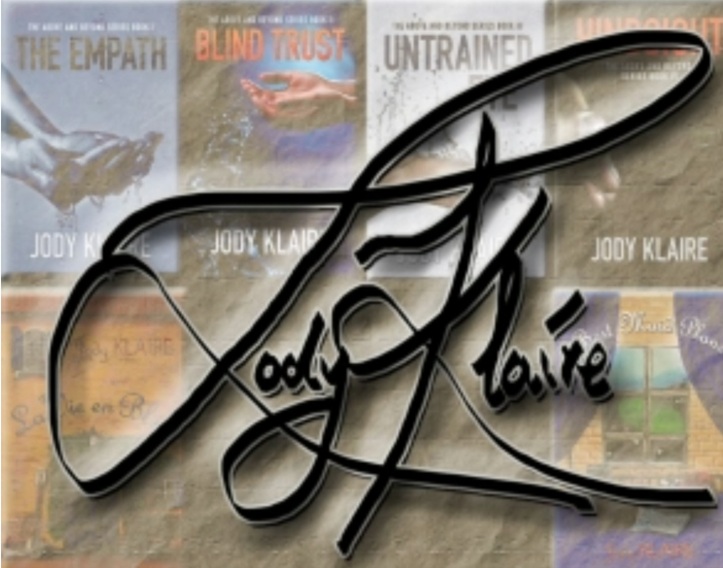