A reader’s perspective on relevance.

The cruise was amazing! I enjoyed the scenery, being disconnected (mostly) from my phone and computer and having new and fun things to do. I felt completely spoiled with having my room cleaned every day, a wide variety of food available pretty much 24 hours a day, and room service whenever we wanted all included. What made it better was being surrounded by a zillion lesbian as well as some huge names in our community. I mean Lee ‘freaking’ Lynch as Andi Marquette always says! And I got to hear her on a panel while staring out at this gorgeous scenery sliding by outside the windows.

But this cruise made me really think about where I am in life. I’m no longer that 20 something willing to sacrifice my body in a rugby match knowing I’ll recover in no time. Now, sore muscles annoy me for twice as long as they used to. Other things though, I have no idea what my 20 something nephews and nieces are talking about and dread having to connect to yet another social media app in order to follow the fun they are posting in their lives. Is that me and my disinterest or is the gap between generations getting larger?

One presentation on this cruise was by an intern working for one of the sponsors. She read the essay that earned her an intern position and covered the topic of how to connect with this younger generation especially in regards to supporting LGBTQ businesses. It was entertaining and I definitely related to the differences but it also made me a little sad. I mean the number of independent bookstores is dwindling and the number of women bookstores even more so. I mean I remember finding my first feminist/women’s bookstore and knowing I had found a slice of heaven. Heck I remember working in a LGBT bookstore and absolutely loving it! Talk about feeding a book addiction. But where have they gone and why? I mean why can’t we have Karin Kallmaker’s bookstore from

Touchwood in every city? Many might be saying- it’s because of Barnes and Nobles or even more so, Amazon. But it all kind of links into this essay that this young intern wrote. My generation and older NEEDED these locations. They were vital to our existence and for many acted as a support system and a means of finding a normal in their lives. Now, it seems like the acceptance of LGBT with this up and coming generation is so awesome that the idea of supporting a business because there is the commonality of sexuality isn’t necessary. It’s not something that needs to exist because it just does not matter in the overall living of life. How many of us ever even considered being in a society were such a mindset was on the upswing? Awesome huh?

But another presentation on this amazing cruise was by Colonel Margarethe Cammermeyer. 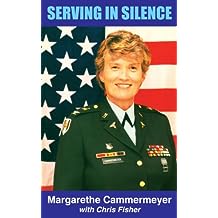 Yes! That amazing woman and her wife were onboard and spoke about her challenge of the US Army in regards to being able to serve as a homosexual. It was one of her comments that really struck me. She said, and I’m paraphrasing here, that her story and the fight that she fought, and even she herself were history and they were irrelevant. Irrelevant? Really? No way would I have ever put that word as any type of descriptor is this courageous woman’s fight. Her point seemed to be along the lines of- well look where we are now. Look at this up and coming society and the level of acceptance of the LGBTQ community. That fight was fought and won and we have moved on from that. Lesbians and Gays can marry now! But is it possible that any type of history could be irrelevant?

All those history classes in school and they are irrelevant. But irrelevant to who? I don’t think Colonel Cammermeyer could ever be irrelevant to me because her success impacted my life so much. She made it possible for my wife to serve as a lesbian in the Navy. Yes, it’s history but it is important to who we are as a society. The same way we should all know that Susan B. Anthony is more than a decoration on a dollar coin. That we as women have the right to vote because of women like her. Now we get a say in this political chaos. Sort of.

I think Karin Kallmaker made an excellent point in answering a question about politics and how she addressed that in her work. It was along the lines of just the act of having women loving each other in a positive, healthy way like the characters in her story, that was making a political statement because for so many that thought/idea is the foundation of what they are fighting for politically to keep from happening! So read everyone! Keep fighting that political fight by supporting our lesbian authors! Because in my opinion it is still relevant if a business is LGBTQ.

And listening to authors/publishers like Isabella (also one of the sponsors for this amazing Literary Adventure at Sea) from Sapphire Publishing explain how they are continuing to seek out ways to connect with the next generation of readers makes me feel a little more comfortable in this strange new world we are all venturing into. In the meantime I will cherish the pages that contain the stories of our history like those of Frankie in Lee Lynch’s The Swashbuckler because this type of history is relevant to me and so much better than Radclyffe Hall’s The Well of Loneliness. Though knowing how far we have come will always be important. Will always be relevant if we continue to love and support each other.