Working for the weekend!

A reader’s perspective on working for a living.

This month Ann Etter led off the Reader’s Perspective with professions. If you didn’t have a chance to read it check it out here. Ann’s a CPA, a pretty cool profession in my opinion. I like the idea of order and more black and white than lots of gray. I actually even took a couple of accounting classes but they use a LOT of math! If only I was better at that concept!

I used to play a game with new readers to LesFic and have them tell me about a trait they would want to read about and I could find them a title. No guarantees that it would be a good story, but I was pretty good at coming up with something to match. Most of the time a profession would be mentioned and it makes sense. I mean we do spend forty hours of each week doing something, it’s a pretty big way to self-label. Let me throw a couple of curve balls into the mix though.

I graduated from a very small liberal arts college. By the time my junior year rolled around I still had no clue what I wanted to do with my life after graduation so when I had to declare a major I counted up which area had the most credits and chose that. Hello English degree. After graduation I quickly realized that it wasn’t getting me much attention in the job market. So I turned my attention to other activities I loved to do and tried to find a way to make a living doing that. Bring on the clichés! I liked being outdoors and doing the hiking, back packing, canoeing, rock climbing activities. The cool thing is I actually found work that allowed me to do that along with high ropes courses where I spent an amazing amount of time in tree tops. Something similar to what Molly does in Lynn Galli’s Life Rewired though Molly got tipped and the middle school kids that I was working with usually just gave me a high five or a hug after a fun week at science camp. Molly also had super soft legs and I fully embraced the hippy of the profession and let all my hair loose!

Continuing in my recreation career I ultimately ended up working for the Navy. The 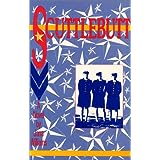 military is actually pretty conscientious about their personnel and like to offer positive alternatives to the 18-24 year old population besides hitting up the bars. That’s where I came in as the Morale, Welfare and Recreation (MWR) specialist attached to the aircraft carrier USS CARL VINSON CVN-70. They had a GUN BOSS and AIR BOSS so why not a FUN BOSS? That was my unofficial title, FUN BOSS. I would deploy with the ship and go wherever it would go providing activities every day while underway and making sure there were plenty of trips and tours for sailors when the ship pulled into port. I did everything the ship did I just wasn’t in the Navy, in fact I was one of three civilians attached to the ship the other two being my counterpart the FIT BOSS and then the Xerox copy contractor. Go figure on that one! But being only 1 of 14 people in the world, as my boss would always tell us, I wouldn’t really expect to find this job in a novel. It did give me a better appreciation of the military and specifically the workings of the Navy so reading military based characters creates a good connection. And just to throw in an oldie how about Scuttlebutt by Jana Williams that follows Roberta Weston’s journey through U.S. Navy bootcamp at the end of the 70’s. But if any authors out there want the inside scoop on the whole FUN BOSS gig…

So off to my second career, physical therapy. A job that improves everyone’s quality of life- at least that’s my goal. The same career that Trystan Lightfoot has in Lynn Ames’ One Love though when I read it, it was called Flip Side of Desire. Though I could never travel with a professional circuit, it is pretty cool to see how the details of the profession come popping through. It’s not really a profession that is black and white more along the lines of observing and tweaking for the best possible outcomes. That’s what impressed me so much about this story is the identification of what the source of the physical injuries C.J. was and fixing those.

I still loving being challenged with being offered a character trait and coming up with a story and character that matches. So all you LesFic reader’s out there help me build my knowledge and tell me some professions you’ve enjoyed reading or even challenge me with finding you some with your own profession in it. I would love to read your thoughts!