I don’t do New Year’s resolutions. But every year, near the beginning of January, I do make a list of the year’s writing and publishing goals. Most years, I’m pretty ambitious and fill the list with at least four novels and a short story or two. Last year’s monster, I think, had about six or seven books plus some marketing goals I’ve yet to reach. I say “I think” because I haven’t looked at the 2017 to-do list yet this year. And I may never do it. The giant and incomplete thing would just embarrass the hell out of me. Not to mention I’d feel obligated to roll over the unfinished tasks to this year, thereby setting myself up for another year’s half-accomplished set of goals. Another incomplete monster.

So, I think and hope that I’ve made something manageable and pretty for this brand, spanking new year. Take a peek.

While I’m having delusions about my general productivity, the days spiral on toward my birthday. This most luscious of days is one I usually celebrate with complete abandon, and usually for at least a month. Typically, I’d have already started the festivities on January 1st, but tasks from my to-do list (see confession above) have spilled over from December. This means I’ll have to wait until the start of the Aquarius season – January 20th – to get the glitterball rolling.  Have I said yet what a terrible (or terrific, depending on your outlook) procrastinator I am? If I ever made New Year’s resolutions, that’s one thing I’d vow to change each new year, because obviously I’d put it off until the following year, then the following, etc. 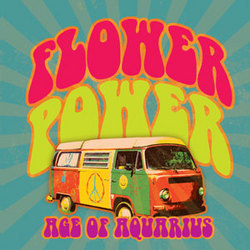 Given this New Year and Birthday confluence, I often end up birthday-gifting myself some supposedly life-improving thing. Last year, it was a pretty, jade-green planner. This year, it’s a set of classes from the Udemy online learning website. They had a sale.

Only time will tell if these classes will shake up, in a positive way, the things going on in this life of mine that need improving, but I have high hopes. Maybe they’ll help me make more realistic lists. Or at least make better use of my time when I’m on Canva.

Happy New Year, all! May your lists be short and your memory long…

Are you the type to make resolutions? If yes, what thing have you promised yourself to change for 2018?