To Hell with Good Girls

I was having a conversation with Jove Belle the other day, and I was telling her that I felt guilty about something. She was reassuring me that I didn’t have to feel guilty about the situation we were discussing, and she said, “Forget for a minute that you’re a good little Catholic girl.” 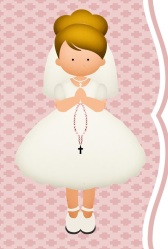 Anyway, that comment triggered a memory. I can’t remember exactly how old I was, but I was an adolescent. It was at a family holiday meal, and one of my aunts turned to me and asked, “So, do you want to get married or become a nun?”

Now, aside from the fact that this particular aunt was a bitch and was probably just trying to corner me in some way, the question really struck me. My impression was one of “Really? Those are my only options?” I mean, I didn’t actually think those words, but that’s what I felt. Even then, at that tender age, the thought of being trapped in a marriage with a man (of course she meant a man) just didn’t sit well with me.

Then I was talking with Andi Marquette and I was telling her about women I knew—women who were well aware that they were gay—who got married to men simply because they wanted children and they feared reprisal from their families if they did it without men. Of course, there was a time when women couldn’t do it without men, but even after in vitro fertilization became widely available, the fear of social backlash remained.

Today having a child as a lesbian is really a non-issue, but the situation that all those women were put in really highlights just how restrictive women’s lives have been. Women were expected to be virgins when they got married not because of propriety (although it was that on the surface) but because of the risk of pregnancy. And before contraceptives became available, it was women’s responsibility to remain “pure.” In other words, men could go around having sex as much as they wanted, and it was okay to spread his seed, because if a woman got pregnant, it was on her. It was her responsibility, her problem, her shame. 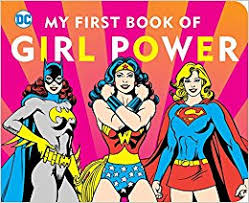 This double standard exists in every culture on the planet, and it amazes me that now, in the 21st century, we’re still fighting for our rights. The right to make decisions about our own bodies, to earn equal pay for equal work, to be given the same jobs, advantages, and opportunities as men.

In this critical time, when those very rights are being attacked, these thoughts keep many of us up at night. But as we add to the ever-growing body of work that features LGBT+ people—in movies, TV shows, books—the more we normalize our lives.

I know, I know. Some of you out there will argue that to “normalize” ourselves is to give up what makes us unique. I think there’s a huge debate in that argument, with pros and cons on both sides. But that’s not what my goal is with this blog.

My goal here is to simply say that we need to show that women can work, play, love, write, fight, pray, and anything else as well as men can. Even if the physical strength isn’t there, the strength of soul and mind and heart and determination are there. With those things, we can accomplish anything.

When I was growing up, I was told that men ruled, and they were to be obeyed. But I never liked that idea. I was as smart as any boy (if not smarter) and I wasn’t going to let anyone tell me that I deserved less than a boy—not my mother, not the Church, not anyone. I was going to be with the person I chose, I was going to have sex as much as I wanted, and I was going to pursue the things I was interested in.

Guilt is another story. Did I feel guilty about some things? Of course I did. That’s the old Catholic in me. (Those nuns really pounded things into you but good. To this day, the sight of a nun or priest makes me shrink back.) But then I get over it. And I do what I want anyway. Fuck the guilty feelings. And fuck anyone who tells me I’m not capable of doing something because I’m a “girl,” and good girls don’t do certain things.

To hell with good girls.

How’s that for a good little Catholic girl?