The Thrill of Victory

I love the Olympics. It is the only time I organize my life around what is on TV. I would watch it 24/7 if I didn’t have to work and sleep and otherwise support the lifestyle to which I am accustomed. After two weeks of constant watching, it’s a long two years until the next one.

One of the things I enjoy most about the Olympics is the focus on the work that it takes to become an Olympic level athlete. The dedication, discipline and sheer persistence that go into honing a talent often discovered in childhood amazes and enthralls me. Thankfully there are books that take me into that world whenever I want.

Elise and Corey in Rachel Spangler’s Edge of Glory exemplify dedication and discipline, and in different ways.

Elise is haunted by a tiny mistake on the course and a near career-ending injury. Corey is facing the reality of an aging body. Elise’s answer is to stick even more firmly to a rigid training regimen. Corey has learned that some slack to balance the training will make her a better competitor. I love this whole story, from the chemistry between Elise and Corey to the atmosphere of Olympic training. The book also features some very engaging supporting characters. This may be my favorite Rachel Spangler novel so far.

Dedication and persistence isn’t limited to athletes. In Touch, by Kris Bryant, Dr. Hayley Sims uses her medical skill and personal strength to help Elizabeth Stone back to her athletic career. 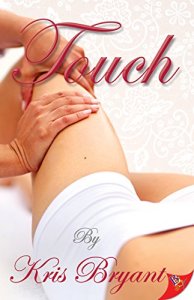 Stone is a challenging patient and I just love how Hayley works with her. Through it all they have excellent chemistry, making this a fantastic read.

At All Costs by Michaela Lynn displays excellence in perseverance. I love the race scene early in the book, it says so much about both Alex and Jess. Jess is inspirational, a character who has returned to an athletic lifestyle despite a catastrophic injury.

Alex has her own brand of persistence. The characters are compelling enough they have stuck with me since I read the book.

Andrea Bramhall’s Rock and a Hard Place is about competition of a different sort. Thrown together in facilitating a reality show climbing competition, Jayden and Rhian show incredible strength of spirit and and body. Both women have demons to overcome and both fight hard.

The climbing scenes are fascinating and I found myself wanting to try it and yet being glad I was snug in my house. There were moments in this book I was on the edge of my couch as the characters competed with nature and each other.

Sometimes an athlete is sidelined and their “in” on the sport is to take a supporting role. In The Set Piece Casey suffered a career ending injury and now provides management to a professional soccer player. 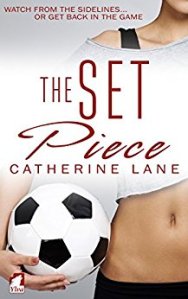 That player, Diego, is a closeted man in need of a beard. Amy is former college level player in need of a better job than serving in a sports bar. I love Casey’s dedication even though she can no longer play and Amy’s determination to do her job as Diego’s beard. I love that both women have the occasion to kick a ball around, maintaining their connection to the physical aspects of the sport even if they can’t play professionally.

Bonus book: I’ve mentioned Zero Visibility before. Emerson’s story is one of failed Olympic dreams and an eventual coming to terms.

Cassie and Emerson have a beautiful and engaging story set in upstate New York. A gorgeous read.

What are your favorite stories of sport, persistence and dedication? Will you be watching the Olympics?