So the other day I was riding my bike across the train trestle by the Santa Cruz Beach Boardwalk. The trestle spans the San Lorenzo River and offers great views of the amusement park, the bay, and the mouth of the river. It’s a great place to see birds. Mergansers, buffleheads, gulls, cormorants. Due to its inaccessibility (cars cannot get to it) it’s also not unusual to come across folks smoking a joint or sleeping off a drunk. Especially off-season when there aren’t so many tourists. I never bother them; they never bother me. It’s a win/win situation.

The other day, though, at one end of the trestle I came across seven police officers standing over a group of about five teenagers sitting on the dirt, their backs against a wall. I didn’t stop to ask what was going on. I had an appointment. I also didn’t think anyone would tell me. The tension was high. But I couldn’t help wondering what was up? The kids looked nice enough. And scared. They were also brown-skinned. The police were not.

I had no way of knowing who the kids were, if they were Dreamers, drug-dealers, gang members, or just some kids who’d made a bad choice, or were in the wrong place at the wrong time, or all of the above, but it occurred to me that an immigration raid might not look all that different from what I was witnessing. My point being, I never automatically assume when I see a police officer, or officers, pulling someone over, handcuffing them, or making them stand spread-eagle while patting them down, that the person, or persons, are one-hundred-percent-for-sure guilty. How could I possibly know? How could anyone? Shit happens. People make mistakes. Even police officers.

Which is what I believe has gotten me thrown off of two juries.

It took me awhile to figure out. See, unlike most people, I want to do jury duty. I think it would be interesting to see our legal system in action. Think sitting in a sweaty room of jurors trying to suss out someone’s motives and actions would be fascinating. So I try hard to appear the model citizen: concerned and thoughtful, intelligent, easy to get along with. I never raise any objections. Try hard not to stand out. But each time I’m the first to be shown the door. “But wait!” I want to say. “I’d be great! I’m a good listener! And I care!” Only they don’t really give you the chance to make a case for yourself.

It’s always the prosecutor that boots me. The only reason I can come up with is this. Each of the two times I’m made it far enough to go through the interrogation, there’s been a moment when the prosecutor sidles up to us jurors, acting like our best friend, and says something along these lines. “Okay. So you see a police officer has pulled someone over, or has someone cuffed, or otherwise engaged, and you figure, okay they must have done something bad. Am a right? Raise you hand if you think I’m right.”

This is the moment. I can’t make myself raise my hand. I feel hands rising around me, but I just can’t raise mine. I have friends who’ve been pulled over for no other reason than being Mexican in an affluent white neighborhood. And while directing a show in a women’s maximum-security prison, I met women who were doing time for striking out at their abusers, or because they refused to snitch on someone. And I recently read that one in ten on death row are innocent. So, it happens. I don’t know how often it happens, but I do know that at times people are wrongly accused, and knowing this gives me pause.

So on the trestle that day, as I pedaled past that unhappy scene, I made a point not to mentally convict those kids. Instead, I thought to myself, I hope they’re not guilty. I hope it’s all a big mistake. And if they are guilty of some wrongdoing, may the world show them kindness and help them find more productive ways to spend their time. I shot the police officers a prayer too. It can’t be easy doing what they do, making those judgment calls day after day. It’s got to weigh on them, knowing that sometimes they’re bound to get it wrong. So I wished them clarity and integrity, and silently thanked them for the work they do.

I guess I’m just not jury material. Or maybe the third time will be the charm. 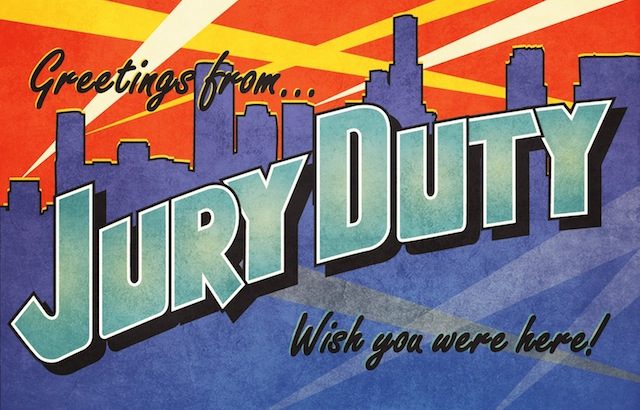