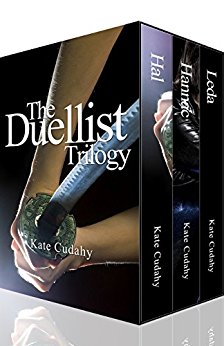 My first attempt at story telling was an act of plagiarism. There – I’ve admitted it. Having been asked to write my own version of the nativity at the age of six, I had no qualms at all about cannibalising The Ladybird Book of the Bible. And as no one ever got back to me about it, I guess I got away with it.

This early foray into forgery was closely succeeded by an ill-thought-out detective series, loosely and improbably based on the British police drama Bergerac. The hero of my stories was either being told he was ‘too emotionally involved in the case’ or that he was ‘off the case.’ Both of which scenarios were unlikely in view of the apparent absence of any case in the first place.

Yet, however poorly conceived my early attempts at writing were, I remember one thing very clearly: I loved it. I couldn’t stop it. I had to be prised from the desk by teachers eager to go on their lunch break. Because once settled into my imaginary world, I couldn’t break out of it.

And then it all…stopped. I reached my early teens and it all just kind of dried up. I could write essays and articles without any problems, and I’ve continued to do so to this day. But the creativity was sapped. And it’s only over the last five years, as I’ve recovered my love of story-telling, that I understand why.

It was simply this: I’d become too judgemental of my work. Instead of wanting to cover a page with random scribblings, however ludicrous they turned out to be, I’d limited myself. Writing, I’d decided, had to be a ‘serious’ activity. It had to carry weight; to address deep and profound concerns. If it didn’t, it was useless.

All of which meant that I went through decades with a sense that something was missing. It was like an ache, or an itch I couldn’t scratch. Until eventually I realised that the missing piece of me was Hal.

All those years, I realised, I’d been carrying the story around with me, but I’d been too much of a snob to let it out. I’d told myself it wasn’t the narrative I ought to be writing. Hal was romance, it was fantasy, it was adventure; it was a tale of a hot-headed young duellist who would go to any lengths to be with the woman she loved.

ADMIN NOTE: Hal is available for free on March 7. Get you some!

But as soon as I risked putting pen to paper, my old love of creative writing returned. I was once again that seven-year-old child having to be coaxed out of my imaginary world. And it felt…wonderful. Finally, I understood what I’d lacked all those years.

So I guess, having now completed my first trilogy – The Duellist – my message would be this: if you’ve got a story inside you, release it. Don’t allow your ego to block your creativity. And tell the story you want to read. Because you might just find there are plenty of other people out there who want to read it too.

Kate Cudahy is originally from north-west England but has lived in Poland since 2003, teaching English as a foreign language. Kate writes fantasy romance novels with strong lesbian leads. Her trilogy ‘The Duellist Series’ focuses on the lives and loves of three women fighting for freedom against the odds. Kate is also the author of the genre-bending epic fantasy novel ‘The Firefarer.’  All of Kate’s books are available on Amazon.