I did an interview recently and one of the questions asked what my background is and whether it influences my writing.

My response explained that I come from an Italian immigrant family and that, yes, it does influence my writing. Children of immigrant parents often have to grow up quickly and take on certain responsibilities in order to help their non-English-speaking parents negotiate a foreign-speaking world and an alien culture. Growing up like that shapes who you are and, consequently, how you write and what you write about. And because of that, I occasionally incorporate characters of Italian descent in my work because it’s a community that isn’t often represented.

At least not in a positive way.

When I thought about it, I realized that the most well-known representation of Italian people is The Godfather. And, goddess help me, The Jersey Shore. Neither one of which is flattering.

In fact, if you look at any facetious representation of Italians, it’s always the tough-acting, undershirt-wearing, ill-spoken lout, and the big-haired, long-nailed, big-mouthed drama queen. 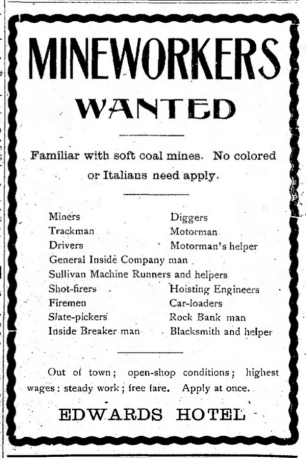 Well, guess what? Not all Italian men are dumb, brutish Neanderthals, and not all Italian women require an entire can of AquaNet to keep their do popping. (We might all be big-mouths, though.) I will admit to once having big hair, but in my defense, it was the ’80s–everyone had big hair.

There was a time in U.S. history when Italians were considered some of worst dregs of society. They were denied jobs and housing and discriminated against in every way. Then, the image of the violent, slang-speaking mobster became the norm. For years, that was how you’d see Italians depicted in movies, on TV, and even in cartoons. Honestly, it hasn’t changed much.

I was livid when I first heard about The Jersey Shore. I saw the commercials and knew that this show was going to do nothing but perpetuate the bad stereotypes of Italians. But the creators of the show, and the station that aired it, just wanted to appeal to the lowest common denominator and make money. And they did. And so did the people on the show. It irked the shit out of me that these people became millionaires just by being air-headed playboys and playgirls, running around getting drunk, turning orange, fucking around, and just acting stupid. What the hell did I go to college for? What did I work so hard all these years for? Those morons are set forlife, and I still struggle to pay my bills and have a little fun.

Sweet mother of earth, when I found out that  Nicole “Snooki” Polizzi “wrote” a novel that went to #1 on the New York Times Best Sellers list, a piece of me died inside.

It’s sad when people focus on the stereotypes or negative aspects of a particular group of people instead of the positive aspects. Yes, it’s true that Italians were a huge part of the mafia in the U.S., but it’s also true that Italians did amazing things. For example, it was an Italian who started Bank of America. That financial institution actually began life as the Bank of Italy, opened in 1904 by Pietro Giannini to help immigrants who were being denied financial assistance by established banks. Luca Pacioli and Fibonacci are responsible for introducing accounting techniques and mathematical codes. Antonio Meucci was the true inventor of the telephone. And let’s not forget that DaVinci, Michaelangelo, Dante, and Botticelli were all Italian.

Then there was Christopher Columbus…but we won’t talk about him.

Yet, despite all that, the most famous Italians in pop culture are Vito Corleone and those numbnuts on Jersey Shore. So, whenever it works organically, I’ll include an Italian character in my writing. It isn’t all the time—it has to feel right and work well within the context of the story. But I’ve done it a few times, and they do not fall within the stereotypes. They’re always strong, intelligent, dignified, and ambitious women.

I’ve never watched one single episode of The Jersey Shore. I simply refuse. I know that shows like that appeal to many people (no offense if you’re one of them), but I can’t support it myself. I concede that stereotypes come from a grain of truth, but as long as stereotypes are continued to be blasted to the world, and even glorified, those stereotypes will never make way for reality. So, I feel that I can do my tiny little part by showing my people in a more realistic light. There are no stereotypes in my family (except that my mother cooks for an army and will not allow anyone to leave her house without food to go), and I hope to spread that word.