My crazy life journey has taken another turn this spring. Like many of you, I had a visceral reaction to the social and political events of the past couple of years. I’ve written often about my struggles to find a way to express myself. Writing has always been my outlet and I will continue using my creativity to speak my truth. Now that my path has taken a new turn, I expect to have much more to write about.

A few months ago a friend of mine asked me to consider running for local office. I laughed. Trust me when I tell you that every cop wants to simply retire to the woods and stop dealing with other people’s problems. But, I couldn’t shake the feeling that I was shrinking from a challenge. My career centered on Community Policing and problem solving and it seems to me there are a lot of problems to solve.

I look around and everywhere I see people who have given up on their representatives to even listen to them, let alone work on real solutions to issues they have. The tone in our country has deteriorated into a deeper partisan divide than we’ve seen in a generation. Then there is the backlash against minorities, women’s reproductive rights, and same-sex marriage. This new notion of openly expressing bigotry and intolerance under the guise of ditching political correctness is a spreading cancer that cannot be ignored. We have to stand up in the face of this ugliness if we are to survive. 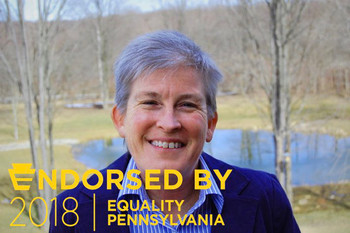 The more I thought about it, the less crazy the notion of running sounded. I kept saying, “Why me?” And a little voice kept answering, “Why not you?”

I needed 300 signatures to get on the ballot. Still hedging, I told myself if I couldn’t get them, that was my answer. During the two-week window for signatures the weather was bitter cold and freezing rain. I got the flu. Sandy got pneumonia. My competitive nature kicked in and I got pissed off. No way was I going to quit. Stubborness paid off and I delivered 385 signatures to the election commission in the state capital. Holy crap, I’m on the ballot.

My district is deep red, conservative, but I have to tell you, the fair-minded folks are there. People kept telling me to be careful because even Democrats are conservative around here. But, as I talked to more folks, I started to get a different perspective. What if Democrats and progressives have checked out because nobody’s speaking to them? I mean, why would acting conservative work if they already have a conservative candidate? Besides, I’ve never been one to act like something I’m not.

I helped organize a local March for our Lives event, and I made it my first campaign speech to an audience of over 300. No small turnout for our rural county. I introduced Sandy as my wife and the sky hasn’t fallen.  I reached out to the college democrats in this super-conservative college in town. Those young adults are now on my campaign team, and I’m helping them with their LGBTQ student group. We’ve knocked on hundreds of doors, talking to voters about healthcare, jobs, education, sensible gun safety, and yes–equality.

The journey has been amazing. No, it’s not all rainbows and butterflies, and there will always be those who choose the division and hateful tone that the extremists use. But our message of unity and kindness is gaining traction. Opening the conversation with, I’m a former soldier and retired police officer, gives me the opportunity to engage where the word democrat is normally the end. I’m okay with that. Intersectionality is who I am. We’re all more fluid than the pundits and party leaders would have us believe. People are people.

One of my newest supporters, a teacher, told me after March for our Lives: “Two things. First, I want the biggest-ass campaign sign you can get me for my yard. Second, we’re getting ready to see what this community is made of.” Indeed.

So, now you know what I’ve been up to. Although our campaign is about much more than one issue, I believe our community must get a place at the table or else we’ll always be on the menu. Thanks to the Women & Words family for their steadfast support as LM’s life journey continues.