Speakies! by Genta Sebastian (Plus an awesome giveaway!)

Remember when movies went to sound? No? Before your time?

Okay, how about when black and white television bloomed into color? Yeah? More of you, but still not enough.

This might do it. Your very first Pride Parade! The thundering thrill of Dykes on Bikes, flamboyant rainbows strutting their stuff, seeing families that reflected your dreams, that unreal sense of shifting into a majority, being surrounded by more people like you than unlike you. You were never the same, again.

Yeah… that’s kinda how I felt the other day. Shadoe Publishing announced the release of my Riding the Rainbow as an audiobook. Publisher K’Anne Meinel sent me the first chapter to hear and that’s when I had the epiphany, a paradigm shift so profound it changed me forever. 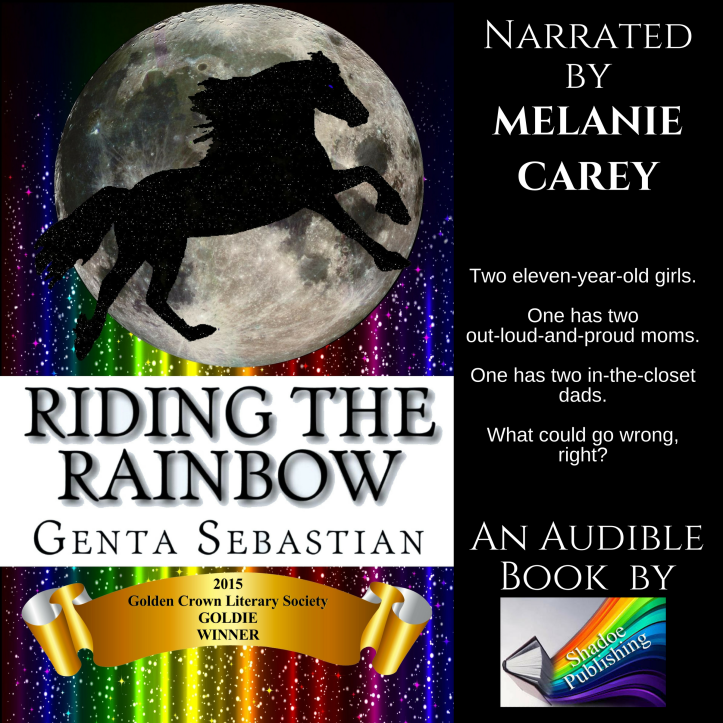 As I listened to Melanie Carey read my words to an unseen audience, it first took my breath away and second, made me cry. Not because I’m such a brilliant author (although I don’t mind if you contradict me) but because I’d never heard my words read in another’s voice. I’d only heard my writing read aloud by myself alone in my basement during final edits, or during public readings where I’m not listening to myself read so much as I’m watching the audience for reactions.

Now, it’s true that Ms. Carey doesn’t read the words exactly the way I heard them as I wrote, but it brought home to me that every reader brings their own voice and cadence to Riding the Rainbow and each set of ears filter the story of Lily and Clara through personal experience.

I suddenly understand that books are like stones in a river. Each unique reader swarms over and around them, in the same way coursing waters envelop rocks, tumbling them along before releasing them again. My stories stay the same, but each new reader adds to the conversation and the steady movement polishes them to a shine that carries on to the next book, and the one after that.

Hearing my story read aloud by someone else changed how I’ll write forever. Now, I’ll not only hear my voice as I write, I’ll also be listening for yours. 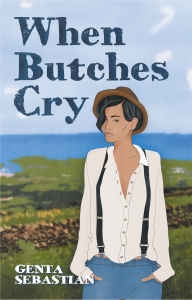 In celebration of the release of Riding the Rainbow as an audiobook, leave a comment below and a winner will be randomly selected. And because it’s June, I’m throwing in an eBook copy of When Butches Cry to the runner up. HAPPY PRIDE, everyone! 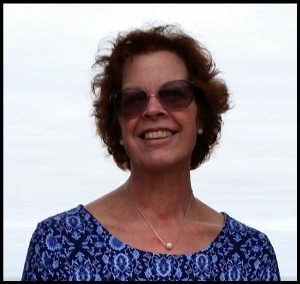 A lesbian with an imagination that burns up the page, Genta Sebastian’s short stories can be found in many anthologies from a host of publishers, including Bold Strokes Books’ Lambda Award winner, Stolen Moments, Bella Books’, Conference Calls, and Sapphire Books’, A Heart Well Traveled (Sci-Fi edition).

Published across several genres, her first YA novel, Riding the Rainbow, won Goldie and Rainbow Book awards in 2015. She branched into science-fiction short stories, including “Lost” and both “A Very Martian Christmas” and “Pouncing”, part of Ms. Sebastian’s “Where Earth and Mars and Pat and Tana Collide” series. Her latest work, an historical lesfic novel, When Butches Cry, is now on the reading list of a Diversity in YA Lit class taught at Amherst University. The long-awaited sequel, Get Yourself Another Butch, is in its final production stage.