FanFic with a Beer Chaser

Fanfic exists for just about every pairing under the sun in the world of movies and television. My roots are in fanfic. I’m assuming that this information is well known, but for the people in the back who didn’t know, I started out in Xena and Rizzoli and Isles fanfic. However, this isn’t about Xena, Rizzles, DWP (Devil Wears Prada) or SwanQueen (Once Upon a Time). This is about the video games we love and the fanfic that spawned from it.

Lovers of RPG (role playing games) and gamers in general are very familiar with the Dragon Age and Mass Effect Trilogies. I’m sure that I’m not alone in considering them some of the greatest games out there. So, it would make sense that their stories could be retold, extended or altered through fanfic. For those of you who haven’t played, what’s wrong with you?

Go ahead and tell me. I’ll wait.

Well, rectify the oversight and get to it. With that knowledge any fanfic associated with these games can then be easily understood and enjoyed. I looked for the most popular stories and some of the most prolific fanfic writers from Archive of Our Own or AO3. I’ve even read a few myself throughout the years, meaning Rae D. Magdon and Sapphire Smoke. Remember, these are recommendations not reviews. Some of these stories may be for you and some maybe not. I am not one to shame anybody. What I’ve listed barely scratches the surface. There are stories galore filled with females that kick major ass then fall into bed with each other. Not just in Dragon Age and Mass Effect either. Tons, I say, tons of other stories exists on that site from games I’ve never heard of. I’m sure they have f/f pairings. Because let’s face it, we can turn anybody into a couple.

Here are some recommendations to get you started. I mostly concentrated on the main ships: Femshep/Liara, Female Cousland/Leliana, Female Hawke/Isabella, but there are definitely other pairings.

Rae D. Magdon (Just about anything from her)

Here are a few single stories that may get you going. These are all Dragon Age related: Roots by Sapphire Smoke

And I Will Call You Home by AthenaTseta

At this point, you have to be asking yourself where does the beer come in? Well, not only am I a gamer geek, I’m a beer snob as well. I drink when I game. I drink when I read. I drink when I write. I even created a character that was a beer elitist too, the foul mouth Detective Kelli McCabe.

I know it sound excessive, but these days, I’m at a two drink maximum. Maybe sometime soon I’ll blog about my salad days. Anyway, with the game and fanfic recommendations come my beer suggestions too.

Mass Effect was heavy on the angst; high on adventure and humor; mixed with just enough bitter sweetness to tantalize. Plus, much of it happened in space. I think a dark beer, meaning a porter or stout, would be the perfect accompaniment. We have Bell’s Expedition Stout, Founder’s Porter and Old Rasputin’s Russian Imperial Stout.

The Dragon Age Trilogy was big on fantasy including elves, dwarves, mages, warriors and tons of magic. These are games to dive into…deeply for the immersive story lines full of light, darkness and shades of gray. They need to be savored for their complexity and difficulty like a good slow drinking IPA which includes Founder’s Devil Dancer and all the IPA’s from New Belgium (not so much high octane as tasty). 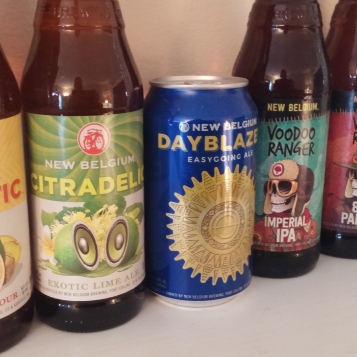 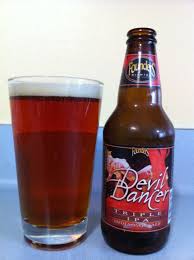 See? You probably didn’t think I could bring it all together, but I fooled you. Beer goes with everything and so does fanfic, if you squint.

KD Williamson is the author of the Cops and Docs Series and Pink. Find her work on Amazon  and at Ylva. Visit her website for even more information.