What an age! by Nita Round

Whilst unpacking following a house move, I found this old issue of ForteanTimes amongst the boxes of science fiction books. As I recalled the image and the article, this reminded me of some of the influences in my latest book. The cover of the magazine is obvious in terms of the latest book. Yet it is far more complex and reminded me how ideas can rise out of little pearls of information that sit and stew at the back of the mind for years.

Science Fiction has, in recent years seen a widening of its appeal. It’s not just about spaceships and ray guns, it’s more about speculation, “what if?” many subgenres have arisen to answer that question. Of all of them, it is steampunk which has, in my very humble opinion, seen the greatest upsurge in recent times. Including steampunk and gothic cosplay. There are many groups and sites to see, with more and more regular festivals, and their costumes are incredible. Online, look out for Steampunk Britain, Steampunk Europe and Steampunk Scandinavia for example. I’m adding people and groups to my website if anyone is interested. 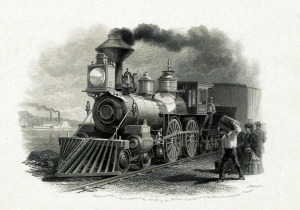 What is Steampunk? There are as many definitions, and it seems to mean different things to different people. It starts with the technology and aesthetics of the steam age. Victorian England on the one side of the Atlantic, and the Wild West on the other. From there, anything goes. For the Victorians, in this great age of discovery and growing technology, there arises an insatiable curiosity for life and death. They loved strange beasts and curiosities of any and every sort. Steampunk, in literature, embodies all of these considerations.

Steampunk doesn’t stop there. The retro-futurism of steampunk can take us anywhere we wish to go. Historical fantasy, paranormal, post-apocalyptic steampunk, and steam engines in space.This is where we bring in In Raven, Fire and Ice. 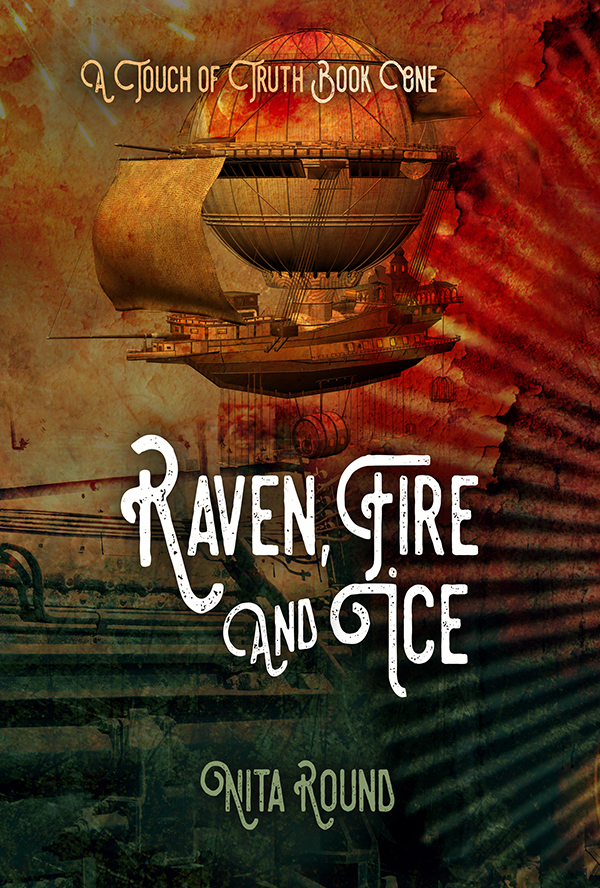 Think of a future earth, much like this one, but not quite. Something has happened to change the course of the world. There is no Queen Victoria, but the world is driven by power derived from steam-age technology. Cities are heavily industrialised and resemble the class-driven world of our nineteenth century.This is not a historical novel, the element of science fantasy has taken the story in a different direction to history, with magic, diviners, sages, and many strange beasts.

The main character is a practitioner of psychometry. She reads objects. The truth and the history, which in Victorian seances, would be another way in which to talk to the dead. To reach out to the beyond. Lucinda Ravensburgh doesn’t speak with dead spirits, but she reaches out and hears and sees their memories. Which is why she is asked by the delightful Captain Stoner of the Airship Verity, to help solve a very bloody crime. In this dangerous world, there is always need for someone with a sword, and none is better than the amazon, Ascara. To see if they might be strong enough to solve the crime, you’d have to read the book.

Nita lives with her wife and a little Cavalier King Charles Spaniel called Rosie in South Staffordshire, in the heart of England.

A graduate psychologist, she worked for various print and online magazines, before returning to the family hotel. Now, she writes pretty much full time, except for her hobbies.

Her hobbies include role-playing games like dungeons and dragons, reading, music, gardening, walking, snorkelling along coral reefs, going to the opera, ballet and the theatre. Don’t forget the food. And the wine. She is a devil in the kitchen (coming from a family of chefs, she should be).