Laughter and Other Medicine

The truth is I work a crap job, a fairly difficult job, for very little pay and in my spare time, I write even if it’s at a Popeyes in between clients. Sigh, if it could only be the other way around. My ultimate goal is to be able to live off the income generated from my back list while I put out at least two books a year.

If you noticed, yes I said clients earlier. You see, I work with kids that have mental health issues. That means anywhere from ADHD to Bi Polar Disorder. This also includes kids who are sometimes dually diagnosed with a developmental or intellectual delay.

I’ve been doing it for almost twenty years with various agencies and I still like it seventy percent of the time. When that number dips below seventy it’s time for me to go. Some days can be hella rewarding and I get to see a child connect the dots regarding how good behavior can often yield positive results and vice versa.

Others days it’s beyond shitty and I count the minutes until I can leave a house and go to the next one because the child isn’t ready to understand and the parent sure as fuck isn’t helping. My saving grace on those days is my ability to find humor in just about any situation even if it’s dark humor. This little trick has helped me throughout the years to not bring my shitastic fuck all day home with me.

I’m going to share some of those stories so you can either laugh at me, roll your eyes or tell me how horrible I am because we all know there is always someone who doesn’t get the bigger picture. And by God they are good at finding me.

Anyhow, I digress. Let me get back on track. 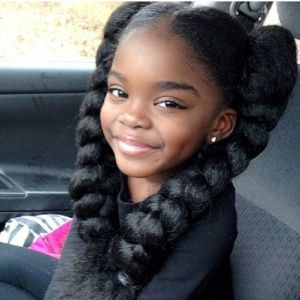 Story one involves a seven year old girl. I was having a session with her at school and she sat there listening for the most part. But, she was also staring at me like I was either speaking Greek or maybe because I looked like an alien with worms for hair since I have dreadlocs.

Finally, after a few more minutes of all this. she points at me, “What is all that white stuff in your hair?”

I touched the top of my head. “It’s probably cat hair. Remember that I told you my cat likes to sleep on my head?” For those who don’t know, I have an asshole cat named Finn who gravitates toward being a dick on most days.

Her eyes widened. “No, they look stuck in your head.”

Epiphany struck. “Oh! That’s my hair. It’s what happens when you get old. Your hair turns gray or white.”

“My grandma don’t look like that. I think you’re dying.”

I smiled. Hell, I even laughed a little, but on the inside my reply was “Fuck you very much little girl.”  I would never say stuff like that out loud. However, maybe it was the look on my face because my client laughed too, and it wasn’t a light chuckle. She acted like it was the funniest thing that ever happened to her. After she stopped laughing, she told me more about herself than she ever had up to that point. For the rest of that day I had a big ole’ smile on my face every time I thought about that little girl.

The second story is another example of kids that don’t have a censor and it happened fairly recently. It involved a very cute six year old boy, a new client. He took my hand and showed me to the table where his mother told us we could sit. All the while, he kept looking up at me. His eyes were huge. Maybe it was because I was so tall? Fuck, if I knew what the issue was. I just grinned and asked him about the video games and cartoons he liked.

I was a little shocked to see such good manners in someone so young, but it was also refreshing. I sat down and he sat next to me. Then he leaned in and whispered, “You’re fat.”

He whispered it yall! Kid’s say the darndest things my ass. He knew what he was doing and didn’t want his mother to hear. This is part of the reason I say that some children are demons in cute skin suits.

Keeping my voice low, I bent down slightly and said, “It’s because I love fried chicken.”

His mouth fell open, and his face flushed. “I like fried chicken too.”

“Mmm,” was my only reply as I rubbed my belly.

He turned away. “Mama! Don’t ever make fried chicken again!”

Even though she had no idea what we had been talking about, his mother narrowed her eyes at me, but I smiled back. What? It wasn’t like I said I eat small children. That would have been mean. Besides, that little boy loves me now.

The point of this blog is to show that every individual no matter the shitty situation has to find little pockets of delight, laughter, or whatever to make things tolerable. However, I’m black in a country that continues to devolve to the point where having darker skin is criminalized. I’m a lesbian and a butch one at that in a community that has been showing more than ever that it lacks understanding and compassion for those who dare identify as something different than lesbian. I’m a black lesbian romance author who writes about black protagonists when white is still the default.

Where the hell do I find solace?

Wherever the fuck I can.

KD is the author of the Cops and Docs Series and the novella, Pink. Check her out on Amazon , Ylva or at her own Website for more information.