Writer in Paris, the 3rd edition

The last time I was in Paris, I started a book I thought I’d be finished with by now. Four springs ago, the city was a beautiful wonder. Sheree, my best writer friend, was here with me for free-writing sessions interspersed with boulangerie outings and hours-long walks around the city. The entire experience was kind of dreamy. We were writers writing together in The City of Lights. While we perched on park benches and other random places around the city, the words flowed from us both like water in Niagara. Some of those words were even beautiful. 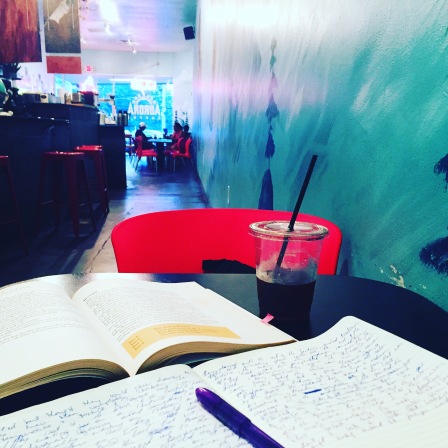 Sheree and I wrote here everyday (and ate, also everyday, an olive baguette a piece). It felt like we were creating magic. Since then, I’ve experienced nothing else quite like that long ago feeling—being focused on a writing project, feeling passionate about the subject, being endlessly inspired by my surroundings. And all of this at the same time. I wasn’t able to finish the book while Sheree was here and, though I continued working on the story after she left, the three months in Paris turned out to be not enough.

The book I started during that rain-filled spring was a historical novel about Angelina Weld Grimké, a queer and black female artist active during the Harlem Renaissance. She’s a figure I discovered while writing my master’s thesis and who immediately captivated my imagination. As history knows it, her life was a quiet tragedy. She sacrificed the things she desired for what she thought others wanted. Putting aside her romantic love for women, she instead lived a life of loneliness and filial devotion, eventually dying in obscurity in 1930s New York. When I read that, it felt so wrong and so sad. I wanted something else for her, so I decided to write a novel reimagining the middle years of her life and hope even a little part of it turns out to be true.

Walking around Paris, I imagined all the things Angelina did, all the things she saw, and her excitement at being in a city that was so very different from New York, Boston, or Washington DC—the places she knew while growing up. It’s exciting to think that Paris hasn’t changed much since Angelina (could have) wandered these streets back in the 1900s. 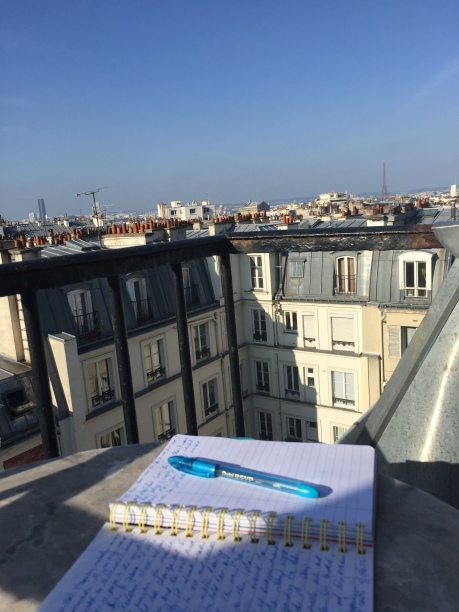 Now, I’m back in the city. During this visit, I’m not doing much writing. Instead, I’m focused on enjoying this hot  summer of croissants, museums, and aimless wandering. Of course, that doesn’t stop me from thinking about Angelina and the book that still needs to be written. Paris reminds me now of the urgency I felt when I first thought of Angelina’s story. It reminds me of Angelina herself and the possibilities of life that this complex and beautiful cliché of a city offers. It reminds me that when I get back “home,” I have a lot of writing still left to do. Allez!

**If your curiosity has been piqued about Angelina Weld Grimké and you want to read more, go here.