I want to talk about my bucket list. It’s September, and another year is turning the bend and I find myself with my ever-burgeoning bucket about to tip over.

The thing about buckets is that sometimes they get so full, and time goes by so quickly, and you don’t always get the opportunity to pick things out. One of the things I’ve always wanted to do was travel, but because of various factors, I haven’t been able to do that much of it. Now that I’m faced with a milestone birthday, I’ve come to realize that I’ve just been dropping things into the bucket and waiting for “the right time.”

Well, what I now know is that the right time is now.

Now, I’m a practical person. I’m aware that work, money, and family responsibilities all come into play when making a decision to travel. And it’s very easy for others to sit back and say things like “Just do it,” “Make things happens,” or “You’re the captain of your own ship,” just because they were able to make things happen when and how they wanted. Everyone’s circumstances are different, and no matter how woo-woo you get, not everyone can make the same decisions. 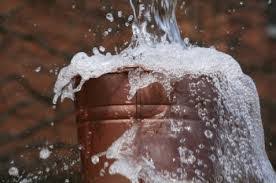 I have so many things that I want to do that I started different buckets. There’s one for writing, one for travel, one for career achievements, one for culinary masterpieces (yes, dammit, I said masterpieces!), and one for miscellaneous experiences.

Because this is a milestone year for me—for several reasons—I wanted it be a year of bucket pickings. And I tried. I really did. But not everything I picked worked out, and I had to throw them back in. I got so frustrated (my regular state of being lately, it seems) that I just said fuck it. I’m going to go do some things in September and October, and I don’t care if they’re back to back. To hell with the people at my job, to hell with money, and to hell with everything. Of course, I’m not going on a three-week trek to Bora Bora, and I have sky miles and credit card points that I can use, so it’s not like I’m being all wild and free and crazy. But, hey, the act of emptying your bucket has to start somewhere, right? A journey of a thousand miles begins with one step, right? So, I’m picking out some travel items from the bucket.

But I’m also picking a couple of things from the miscellaneous bucket. One thing I just did was take an archery class. It’s something I’ve been thinking about for a long time, and once I found out that my friend and fellow Penhead J. M. Levinton was interested in archery, I was all gung-ho about it. It was so much fun, and I plan on returning for more lessons. What’s interesting is that right around the time we started talking about taking an archery class, I received a short story about archery for Dirt Road Book’s upcoming anthology, Learning Curve. It was quite a coincidence, but fortuitous because I learned a couple of things about archery ahead of the class, so I wasn’t a complete knucklehead.

Here’s another bucket list/Learning Curve coincidence: I also received a short story for the anthology that revolves around an ancestry test (like Ancestry.com or 23andme.com). Doing one of these tests was also something I had in my miscellaneous bucket. Then, just by chance, I pulled out a novel that I began years ago but had put away. Oddly, my character does one of these ancestry tests (although the one in my story is about family tree research, not DNA testing, but it’s close enough).

Hmm, maybe these are signs. Of what, I really don’t know. For the moment, though, I’m going to enjoy having a couple of lighter buckets. 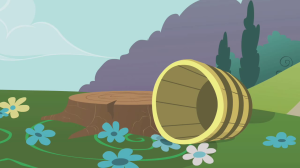