Books and Gays and Gay Books

I don’t have much to talk about for this blog with school starting up and the work piling on, so I figured I’d talk about some of the things that I’ve read recently that y’all might like. I’ve been having more reading time now that my commute is no longer by car, and with an hour and a half one way, I now have three viable reading hours, a luxury that I hadn’t had in years.

Planetfall by Emma Newman has been sitting on my shelf for a while now, but when I did pick it up, I finished that sucker in a day. I’m a slow reader and it usually takes me around a week at least (and sometimes months) to finish a book, so finishing within a day is high praise. Set on a distant planet, the story follows Renata, a 3-D printer engineer for the colony. When a man that looks remarkably like Lee Suh-Mi, the woman behind this entire project, marches into their colony Ren’s world tilts on its axis.

This book is a sci-fi novel, but it’s accessible to everyone. The language is beautiful, and the worldbuilding is unique. The mingling of science, religion, and evolution is prevalent. The story is captivating. I really enjoyed the casual inclusion of Ren’s sexuality and the role it plays in her life. It truly is incidentally gay, but in a way that makes it a part of the character and her story and isn’t a b-plot taped onto the side of an already complete narrative.

The Mirror Empire by Kameron Hurley (yes, she wrote Stars are Legion) is nothing less than amazing. If you’re a reader of epic fantasy, or a fan of stories like Game of Thrones with less violence, this one is for you. I’m only about half way through, but it’s already freaking great. Hurley created a world that is fantastically built, with cool lore and unique twists to the familiar fantasy tropes of worlds at war, chosen ones, and magics. The story follows four characters, and while I won’t assign labels to them, you can be rest assured that everyone in this book is queer because the gender politics are twisted, bent, reversed, and broken. The author plays with fluidity, multiple genders, and polyamory, and the cultures she creates are just as interesting. Matriarchies and politics and the fate of the worlds fill the pages, and they do it well. 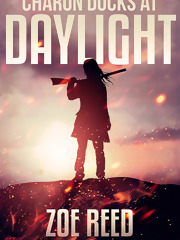 Zoe Reed has a handful of novels out, one of which is free on fiction press. Reed’s Breaking Legacies and Charon Docks at Daylight are awesome. The first one is a story of a hunter and the runaway princess she’s tasked with tracking down. It’s such a pleasant and immersive story, and super gay. The second follows three people, Genevieve, Echo, and Dugan, as they navigate a post-apocalyptic world. Gen and Echo are burning slowly, if you know what I mean, and Dugan is just a lonely dude looking out for an orphaned teen in a cruel world. Reed develops relationships masterfully, and not just romantic ones. And the fan art that artist lesly-oh has been making for these two are dope (here are the Breaking Legacies ones, and here’s the Charon). Check these books out, one is free and the other is worth it!

If you read any of these you get a gold star, and if you didn’t then treat yourself!

And before I forget, what have you been reading?