The Name Game by Sheryl Write (Plus a FREE e-book)

Congratulations to SueH! She won a copy of Queen of Hearts!

Happy Sunday, y’all! Please welcome author Sheryl Write. She’s here to share her thoughts and give away an e-book copy of her latest release, Queen of Hearts. Drop a comment below to enter the drawing. I’ll announce the winner on Friday, 9/28/18.

Readers rarely ask authors about character names. Too bad. Finding the perfect name can be one of the most fun and daunting jobs. After all, there are literally millions to choose from and that doesn’t include the number of surnames available and creatable.

When I start a new book, I already have a basic plot in mind. Once I know what I want to write about, I work on developing my characters. Character development is more than just picking a name. It’s about creating the background for her and detailing her as a person. Is she tall or short, thin or curvy? Is white or black or Asian or Native? Is English her first language, and if not when did she become a fluent speaker? Then there’s her accent. Does she have that Scandinavian roll of a Midwesterner, a sweet Southern drawl, or a Texas twang? Does she drop her following T’s like a Torontonian or sound posh like some English Peer? Of course, that all ties into her background. Is she from Miami or Detroit? Did she attend University and if she did was it Penn State or UC Berkley? And what about her family? If dad talks with a heavy Scottish brogue, even if she’s from Dallas, her ancestry will still seep into certain words.

With a clear picture of my character, her life, her issues, and her experiences, the names almost roll off my tongue. Almost. That doesn’t mean I don’t go looking for inspiration. When I do, I always consider her age, how old her mother was when she was born and of course her ancestry. Too often I read books where the author has a habit of choosing names based on the way they want to see the world. That isn’t necessarily bad. It just gets predictable and often reduces the ‘real’ feel of the story. Yes, I’d love it if every strong lesbian had a masculine name but that’s not realistic and can make a character seem two dimensional.

When I create a character, I want her to be real or realistic. I want her to walk off the page and fill the readers imagination. I want readers to love her, or hate her, but nothing in the middle. For me, getting her name right is the first step. When you read my books, my hope is the character names are almost unnoticeable, almost. When I get it right, if I get it right, the character and her name should just make sense.

Hope you enjoy my latest offering, Queen of Hearts. 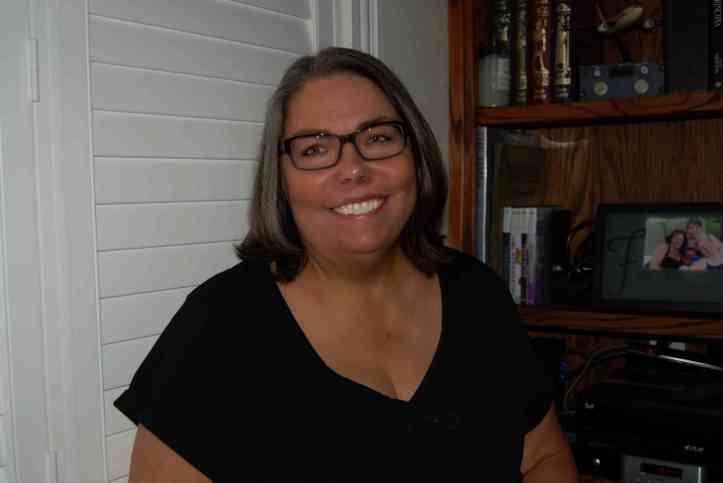 Sheryl started her career in the military as a Musician while she trained to be an Aircraft Instrument/Electrical Tech. She would go on to earn an Electrical Engineering Degree before earning her wings. As a pilot, she’s flown everything from commuter jets, helicopters, and seaplanes including working as a fire patrol/spotter, air ambulance Captain, and a line pilot for Canadian Airlines.

After suffering a Medical Misfortune, Sheryl retired her wings and picked up her pen. Today her works of fiction include the award-winning Contrary Warriors series, romances Don’t Let Go and Stay With Me, plus the forthcoming Queen of Hearts, and Cause and Affection all from publisher Bella Books. She is currently working on something extraordinary, the lessons learned in the time between this life and the next delivered during her Near-death Experience. Her working title is Purpose Like Air.

Sheryl can be reached at info@sherylwright.com or visit: