Here’s a story I haven’t told by Judith Katz

Fifteen years ago I began a novel called Atomic Age. I wanted to tell a story about a New England Jewish family, the Griefs, from Worcester, Massachusetts, from the early 1950’s to the present.  The narrator is the lesbian daughter of this dysfunctional family. Nearly everything about this family is different from my own:

The father, Larry, is a slacker and philanderer; my own late father, Lester, worked hard all his life and as far as I know only strayed as far as the centerfold in Playboy magazine.

The mother in my story, Mimi, is sad and distant; my own mother, Florence, was difficult—often infuriated and raging for no apparent reason, but distant is not a word I would use to describe her.

The narrator of Atomic Age has one sibling—a teenage brother, Danny, who like his mother is distant, but also mysterious, sad, and into drugs. It is around his fate that most of this novel—and the story I am telling now—swirls. I have a sister Nancy, exactly five years younger than me, a wonderful visual artist. We had a brother Steven when I started this novel who was warm, gregarious, sober– the exact opposite of the brother Danny I created– except in one, important way…

From the very beginning of my work on Atomic Age, one life changing family event had been the death of Danny, on a motor bike, in the rain, at a teenage haunt of mine, a reservoir just outside Worcester. While his end was not to be the central focus of the novel, it was an important one, and the one that was the clearest, almost easiest, for me to write. Witnessed by a couple making out in a car, they almost cannot believe what they are seeing. We see it with them, through their fogged and rain soaked windshield—zig-zagging along the top of the reservoir dam, the motor bike skids into the drink, the couple too stunned and sexed up to help. Danny himself is tangled in the bike unable to make his way out.

Two years into this project, my actual brother, Steven, then in his early fifties, was riding home from his job as a middle school science teacher in the middle of  a perfectly clear spring day, on an actual motorcycle, when he was struck by a car. The driver of the car got out and sat on the ground, car engine running, radio blasting.  According to the accident report, she told the responding officers that my brother, who died at the hospital, got up and walked away. 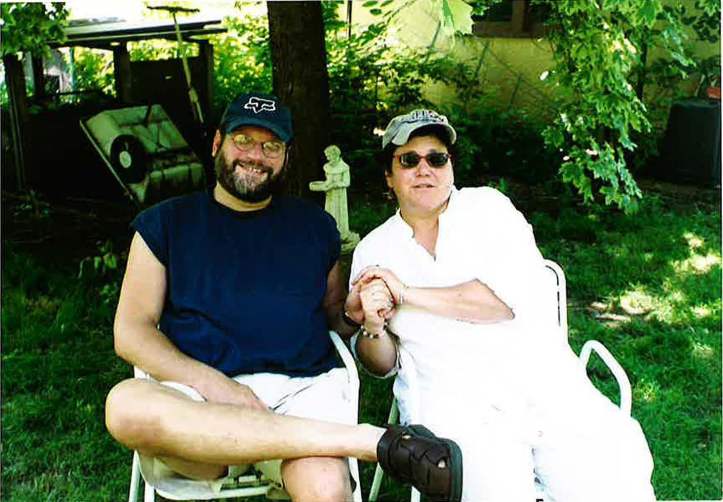 Needless to say, this eventuality caught me up short. Prone though I am to magical thinking, I did not believe that my writing a brother to death on a motorbike caused my own brother’s very sad end.  However. Try as I might to make it back into the novel, after my flesh brother’s death I could never find the right door.

Life imitated art, but didn’t get it exactly right. Telling you this story helped me get back to that door.  I’m ready to go through it now… 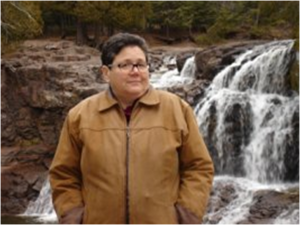 Judith Katz is the author of two novels, Running Fiercely Toward a High Thin Sound and The Escape Artist, both published originally by Nancy K. Bereano at Firebrand Books and recently re-issued by Bywater Books.  The Atomic Age is waiting to be lifted out of its metaphoric drawer, dusted off, and begun again.  In addition, she will edit a special issue of Sinister Wisdom, To Be A Jewish Dyke in the 21st Century with Elana Dykewoman, forthcoming in 2019.