A reader’s perspective based on some November news.

Well, I guess the good news is that it’s not Thanksgiving weekend here in Canada (ours is in October) so this isn’t another blog about Thanksgiving (not that that’s a bad thing).

Erin’s blog last week celebrating and thanking veterans along with some of the readers’ comments had me thinking about my favourites in the military genre. I spent four years in the reserves here in Canada and have at least a basic knowledge of the military world and personnel so that probably colours my view somewhat. I would second her recommendations and highlight one novel that came up in the comments – E. J. Noyes’ Ask, Tell. Although I have no first hand knowledge of DADT the context and culture seemed realistically portrayed and the settings and scenarios so well written I felt like I was there with the characters. I, for one, am very much looking forward to the sequel Ask Me Again being released this month to catch up with Sabine and Rebecca.

The one novel that I always mention in discussions about this genre, or if someone is 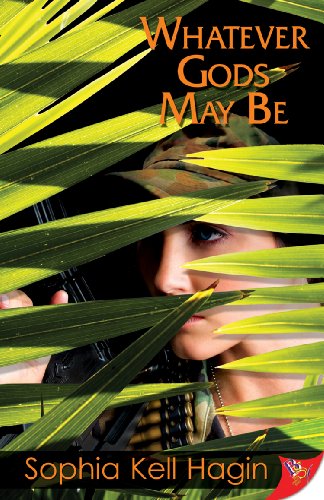 looking for something gritty and “not really a romance” is Sophia Kell Hagin’s Whatever Gods May Be. This the first book of a trilogy focuses on young Jamie Gwynmorgan who enlists with the U.S, Marines to escape from her humble poverty stricken roots. I recall a reviewer describing it as a “girl’s journey to hell and back” and this is no exaggeration as much of the book is set within hostile territory. It is dark, disturbing and gritty. In fact, the entire series is well written and suspenseful with a touch of realism, romance and emotion. The main characters are strong, intelligent, self-sufficient women and each book moves along nicely. I highly recommend the whole series but admittedly my favourite is the first in the series.

The news about Justice Ruth Bader Ginsburg’s unfortunate fall last week and the fear felt across the community for both her health and legacy reminded me that I was yet to watch the CNN film ‘RBG’ and finally made the time to watch it. If you haven’t seen it, I highly recommend it – what an amazing woman. Here in Canada we have our own version of RBG, who was the well-respected female Chief Justice of the Supreme Court for over seventeen years. She recently retired and has turned her hand to writing suspense thrillers. I can’t comment on her debut novel, but I have read a few books with a judge (or wannabe) as the main character and I can say that both of them did a fine job drawing me into the judicial world. 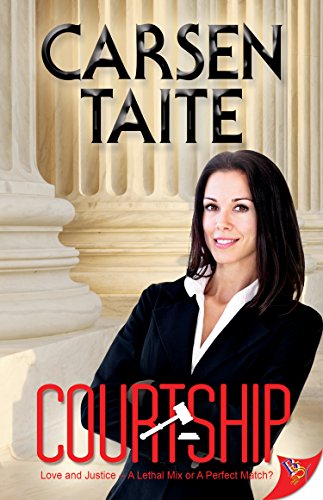 of the legal environment in which she sets her books. Courtship is no exception and I loved the storyline – the female (and out) dean of a law school put forward for a short list for nomination to be the Chief Justice of the US Supreme Court, but really just one of those token options – just for show. That of course changes and we take quite the trip along with Addison Riley and Julia Scott to a very satisfying result. Much of the inner workings and events portrayed show up in current media headlines and events so realism isn’t in short supply. The dialogue was intelligent and witty, the characters both main and supporting were interesting and the romance subplot had just the right level of spice and angst for this reader. We even get to see how things are going for the characters in A More Perfect Union. 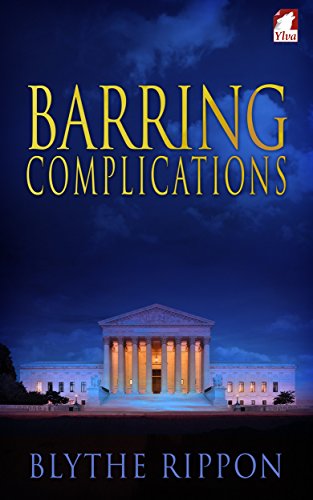 Rippon. In this novel the author deals with the battle for marriage equality up to the Supreme Court level and LGBTQ rights as a whole over the course of time the two
protagonists initially meet, fall in love, separate and come back together. She has written an amazing character driven political intrigue/suspense novel that had me totally engrossed and wanting more. And, fortunately we do get more in the sequel Benched.

I couldn’t think of many others that deal with the judicial world with the level of realism and detail that the two of these do, along with the underlying romantic subplot of course. If you know of any others please let me know. I’m always interested in adding others to my list of must-reads.