Love’s Portrait by Anna Larner (plus a FREE ebook)

Congratulations to Caryn Katz! She’s the winner of this drawing.

Happy Sunday! Check out Anna Larner’s newest release, Love’s Portrait! She’s here to tell us all about it AND, because she’s amazing, she’s giving away an ebook copy here today. Drop your name into the space below to enter the drawing. We’ll pick a winner on Friday, 4/12/2019.

Love’s Portrait is a vibrant contemporary lesbian romance with a historical twist. Sparks fly between Molly, an art curator, and Georgina, her museum’s aloof benefactor, as they research the portrait of a 19th-century lesbian social activist and try to convince the museum’s board to display it. 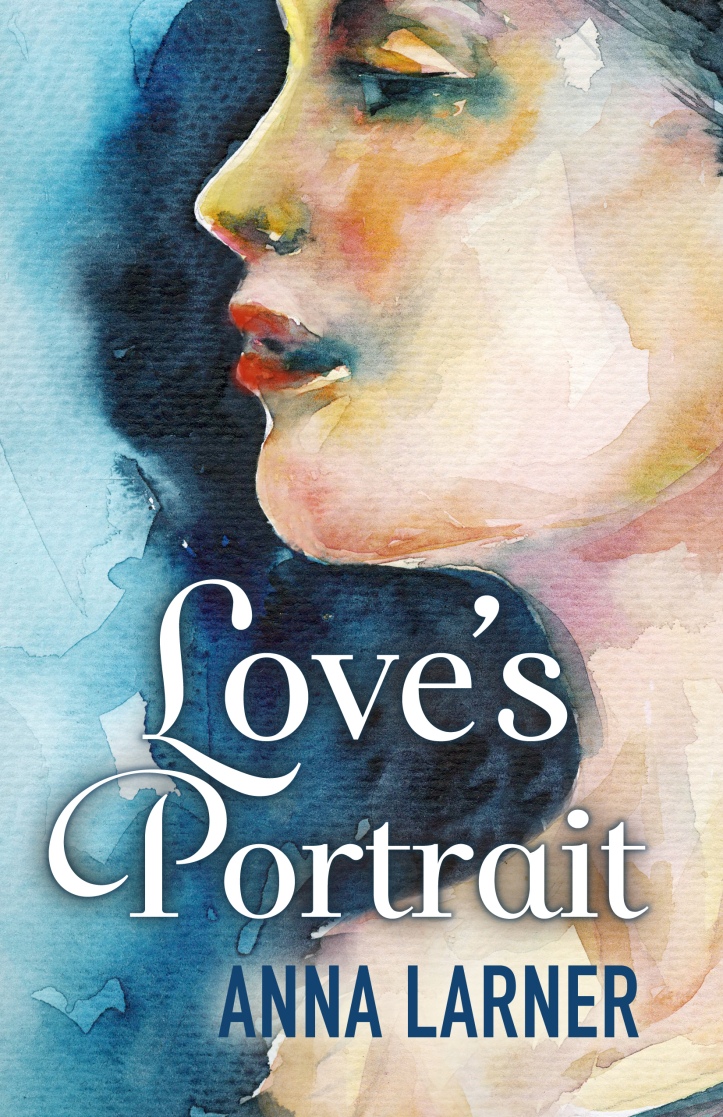 Love’s Portrait has been inspired by personal experience. A creative writing project, Women’s Writing in the Midlands, 1750-1850, introduced me to the real-life 19th century radical female abolitionists Elizabeth Heyrick and Susanna Watts. Their combined archive is kept at my local records office. As I poured over their writings including volumes of campaigning tracts and treatises it became apparent that these women from Leicester were at the heart of a wider female campaign for the ‘immediate not gradual abolition’ of slavery in the British Empire. These women were clever, determined, and successful. However their contribution to this campaign is virtually unknown, overshadowed by that of their male counterparts, such as William Wilberforce. And I began to imagine – what if added to this injustice some of those passionate radical women campaigners were lovers and not just friends? Then the gender injustice would have felt compounded by their sexuality.

So, if your achievements, your passion, your skills, your love had been casually overlooked, omitted from both private and public memory, would you care? What’s more would anyone care on your behalf, then or now? And what happens if you couldn’t turn to the bastion of museums, the keepers of our past, the teller of our truths, to correct this omission, this casual wiping out? These questions lie at the heart of Love’s Portrait.

With the exception of dedicated history months, the subject of gender and sexuality is barely touched upon in most museums, with the result that the cultural legacy of heteronormative presumptions and patriarchal norms replace the gap, fill the silence – ultimately skewing ‘public memory’.

Dedicated history months, whilst incredibly important, should not replace the need for a genuinely embedded approach by museums to include a diversity of voices in permanent displays, future collecting, and cataloguing.

The public memory of the future should be filled with diverse, equal, and proud voices sharing their history for all to see. This is a matter of right.

Love’s Portrait is available right now from the Bold Strokes Books website, and 16th April 2019 from all other retailers.

Anna is an English Literature graduate with a passion for LGBT heritage. She has master’s degrees in museum studies and the word and the visual imagination and has written and curated a permanent exhibition of LGBT voices and memorabilia, based at Leicester’s LGBT Centre.

Anna’s debut novel Highland Fling was a finalist in the 2018 Golden Crown Literary Society Awards and was recommended as one of the Top Ten Summer Reads of 2017 by AfterEllen. Her short story “Hooper Street” can be found in the BSB anthology Girls Next Door. Her poems have been published with Paradise Press and the University of Leicester’s Centre for New Writing.