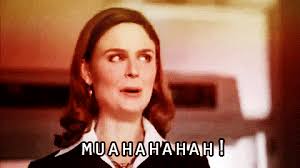 Let me start with this. It seems as if I’m constantly apologizing for my (lack) of blogs and/or the content within.

Last month’s blog was sitting in the “draft” section – I never hit publish! And I hadn’t been back on the office computer since I wrote it.

I can’t even make up a good excuse.  Well, actually I could – I AM a writer after all – but … but I’ll let you in on a little secret – it helps immensely when you turn the page on a wall calendar to the correct month – before  that month is over!  I went from February to April overnight! I stressed and nagged myself to death to get this blog done – come hell or high water. And do you know what?  I glanced down at the little box in the corner of my screen and it says…. April 1st.  I’m not due for a blog until the fourth Monday of the month. And the date rolled up on me like a freight train.

I’m not even going to tell you (AGAIN) my absence was due to depression and I’ve been hiding in  my cave. Yes, I hear the collective “sigh” of relief heard ’round the world. 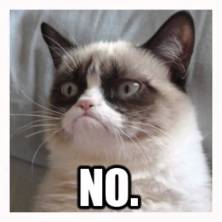 I’ll just reassure you – That’s  not the reason I’m still absent for the most part.

The obstacle has been…

It’s been the sex, drugs, lies, and Smartcast.

*she says with just a touch of sarcasm*

But I’m sure it got your attention.

Sex & Drugs. Much to my wife’s chagrin – The combination of medications I’m on take away a girls nature. Worse, oh yes, worse – They make me not even miss it.

Lies. Not me… I’m too old and too experienced to know that the truth is so much easier and I’m much too forgetful now to remember what story I told which person – on what day – or if I even got cookies out of it.

When I was younger, I could have given you hundred examples of why sex, lies, and drugs were part of my life.

Juicy as the stories are- I’m not going to confess the sins of my youth here. Ha, I’m so glad I got my oats out before the internet. And that part of my life remains private except for the chosen few.

Back to the title…  Smartcast  ( and a very large flat screen) may be more dangerous for me than drugs were once upon a time. I have a super addictive personality – and I should have a doctorate when it comes to addiction.

Another story – maybe for another time.

I’m here to talk about Smartcast.  My name is Yvonne, and I’m an addict. I will abuse anything that looks, tastes, or feels good.  And Smartcast with Hulu, Netflix, and the Watchfree channels – #forgetaboutit. I want to watch ALL the shows, and I want to watch them right NOW.  Can’t find it there?  Troll YouTube and Reddit.  Once I’m numb – it’s so so easy to stay there.

For someone who loves instant gratification – it’s become quite dangerous. Feeling blue? Turn on that season of Frasier and watch them all.  Feeling murderous? – watch all the true detective type stories and I do mean all. I even watched the British ones. It wasn’t a comfort to know they have sick and twisted serial killer there as well. Want to leave the curtains closed and just veg? Watch something that has TEN seasons. I get to watch all the shows I missed because I was watching a different channel.

I’m like a little zombie with the remote.  Must. Watch. Go ahead and try to take that remote away from me. . Want to watch that dance again on World of Dance?  No problem – rewind that sucker 7 times and have the identical reaction each time – as if I’m watching it for the very first time.

I’ve watched 16 season of a show in a week.  Right now, I’m sitting here in front of the big computer in the office and wondering what I’m going to watch next – and then get pissed when I find out the show was cancelled 5 years ago – and there wasn’t a resolution. Or – if I liked the show – upset there are no new ones. The long runs – and my marathon viewing has me feeling as if I know these people. I’ll tell Sandy about them like I just had coffee with them that morning. It’s been awhile since my characters have showed up for dinner.

Speaking of talking to Sandy… She’s been on the graveyard shift since November. And we’re still not adjusting. I’ve tried staying up all night so I can adjust to her schedule – that didn’t work…  I tried going to bed early so I can I have a cup of coffee with her in the morning.

Still adjusting….  I hope it will kick in!

I am currently watching Brene Brown’s special on Netflix.  It’s spooky how much of what she’s talking about is absolutely true in my life right now.

I will let you know how that goes. 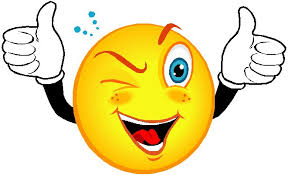 I’ll end with:  The anniversary of my Daughter, Dezi’s passing on the 3rd. It feels as if I just saw her and it’s been 13 years.  I’m expecting her to show up and start some mischief.

Tell you what… I will turn on my Ghost radar app on both the 3rd and the 28th – which is her actual birthday and share that with ya’ll too.

In the meantime, have an awesome day. I’m currently watching the entire run of Rissolo and Isles – I’m on Season 2 Episode 2 🙂