The Girls of Summer by Kate Christie (plus a FREE book!)

Kate Christie is with us again! To celebrate, she’s giving away an e-book copy of a box set of The Girls of Summer Series. Drop a comment in the space below. We’ll draw a winner on Friday, May 31.

The Girls of Summer

In a few weeks, the 2019 World Cup will begin in France. Four years ago, the final of the 2015 World Cup, which saw Team USA triumph over its old foe Japan to earn a historic third world title, drew nearly 61 million television viewers across the globe and was the most-watched soccer match—men’s or women’s—in American broadcast history. It even earned higher ratings than both the NBA finals and the Stanley Cup finals.

World Cup fever is not uncommon at my house. In fact, the 2015 World Cup actually changed my trajectory as a writer. Before that summer, I had written half a dozen novels, two of which (Solstice and Beautiful Game) featured college or former college soccer players. My wife and I met playing soccer, so these stories had a personal association that my other books at the time lacked. In the back of my mind, I had long intended to someday tackle a novel that featured professional soccer players, possibly even those who played at the highest level on the US Women’s National Team. Someday…

And then, shortly after our twins turned two, the 2015 World Cup came along. For anyone who has twins, you know from personal experience that the learning curve for parents of multiples is steep. But by the time your little ones turn two, you feel like you’re coming up for air, like maybe you could even tread water for a bit before being pulled back under. Or, at least, Kris and I did. Our heads were far enough above water that summer that we purchased tickets in advance for the US team’s group match against Nigeria in Vancouver, BC, the closest World Cup venue. We went with college friends and brought along our older daughter, Alex, who was four and a half that summer. Abby Wambach scored her 14th World Cup goal that day to lead the US past Nigeria. It would be her final goal for the national team, though we didn’t know it then as we cheered on the USWNT with the rest of the mostly American crowd. 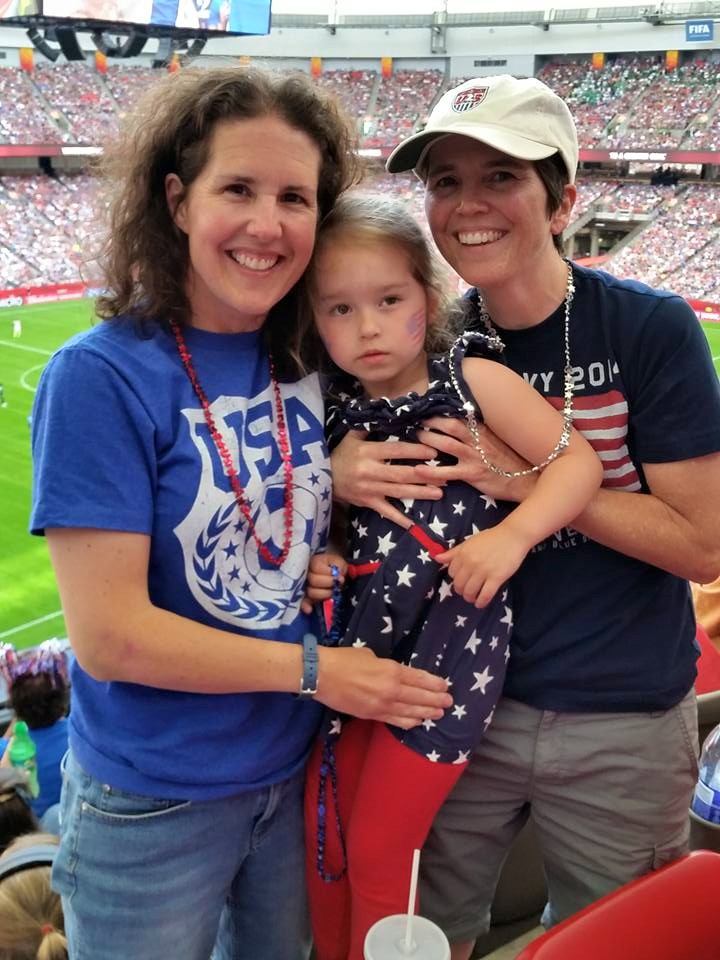 Two weeks later, the US landed in the finals against Japan in Vancouver. The week of the match, I went online and discovered that some ticket holders were selling their seats at exorbitant prices. But when else would we have this opportunity? I hesitated only briefly before putting two tickets on a credit card, one each for Kris and me. At those prices, the kids could spend the day with a babysitter.

The electricity in the stadium for the final match between the US and Japan was unlike anything I’ve ever experienced at a sporting event. In Vancouver that day, there was energy and excitement, yes, but more than that, there was joy, pride, contagious affability. Love, even, flowing from section to section and down to the field and back. You could feel some sort of magic in the air even before the game began and Carli Lloyd scored her first of three goals just two and half minutes into the game. Kris and I and our friends kept laughing out loud and asking each other if this was really happening. Was the US really playing so crazy out of their minds? Were the fans really that loud?

Yes, to both. Undoubtedly.

Within a month of that incredible match, I was writing Training Ground, the first of what I thought would be at most two books about a pair of soccer players who fall in love while journeying to the highest level of the game. But once I started writing about Jamie Maxwell and Emma Blakeley—a.k.a. #Blakewell to my fictional WoSo fandom—I found I didn’t want to (couldn’t?) stop. 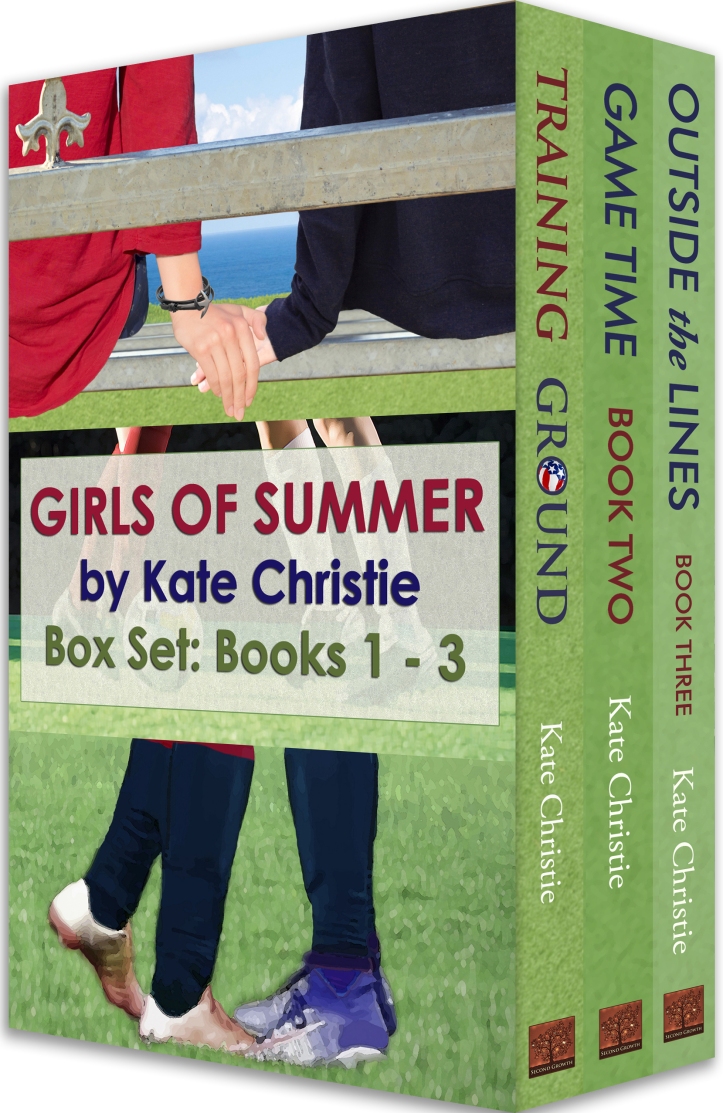 The Girls of Summer series follows Jamie and Emma from their first meeting as teenagers in the youth national pool through their ascension to the senior US Women’s National Team. Book four, The Road to Canada, came out in February and is about to be released on Audible (woo hoo!), and features the build-up to the 2015 World Cup. Right now I’m getting ready to publish book five, Girls of Summer, which takes place—FINALLY, as some fans of the series would tell you—in Canada.

It seems fitting to me that the last (for now, anyway) book in the series will be released during the 2019 World Cup. I only hope that the growth the women’s game has experienced in the last decade will be reflected in the attention this summer’s World Cup garners. And, you know, that the USWNT brings home that trophy one more time… GO USA!

Kate Christie is the best-selling author of Leaving LA, Training Ground, and Goldie-award winner In the Company of Women. Girls of Summer, book five in the titular series, is due out in June 2019. Sign up for Kate’s mailing list (http://eepurl.com/cbTpxz) to receive email notifications of her latest publications, or check out her blog Homodramatica (https://katechristie.wordpress.com/), where she writes about lesbian life, motherhood, and fiction.