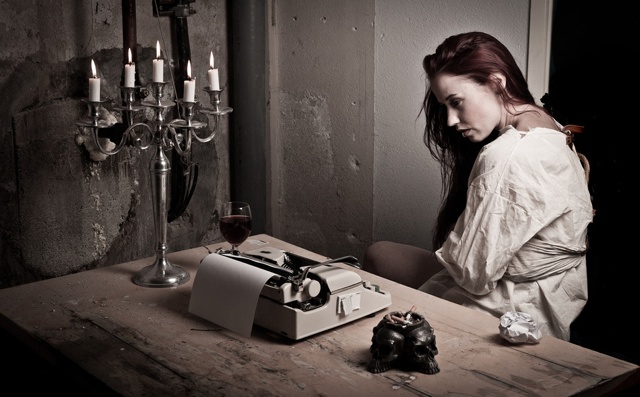 I’ve been fighting writer’s block for some time now. Months, in fact. It’s not just a question of the muse abandoning me. There are other factors involved. But, ultimately, it all leads to the same thing: Zero productivity. I have projects that are already underway and they’ve just been sitting there languishing. So, if for no other reason, I want to get over this block so that I can finish those projects already in progress, even if I don’t ever start anything new ever again.

I wanted to steal a meme directly from Adult Swim but I couldn’t find it anywhere. (If you don’t know what Adult Swim is, it’s the evening/night time period on the Cartoon Network when they show adult cartoons. And by “adult cartoons,” I don’t mean X-rated, I mean shows like Family Guy, Bob’s Burgers, American Dad, etc., as opposed to Scooby-Doo, The Smurfs, My Little Pony, and such. I just dated myself there, didn’t I? I have no idea what cartoons kids are watching these days. Maybe I should go to the pharmacy and get some…hold on, where are my glasses? Oh, here they are, on my head. Where was I?)

I was watching something on the Cartoon Network, where they have these cutaways of random thoughts and ideas on a plain screen (which are called bumpers), and I saw one titled “How to Overcome Writer’s Block.” I can’t remember the entire list, but it went something like this:

Sound familiar? Yeah, I thought so. Most of us have had similar lists, with variations here and there. Hopefully, we all work past it and get to the last item. I’m still working on mine. In the meantime, I ran across this little thing about writer’s block. I’m sure you’ll relate, as I did.

WRITER’S BLOCK – A Supercut from Ben Watts on Vimeo.