As we all know, Halloween is a party holiday for kids and adults alike. Candy will be eaten. Beer, wine and cocktails will be imbibed. Houses will get Tp’d and egged. Costumes will be laughed at for their ridiculousness or gawked at for their authenticity. Even though, it is a time honored tradition filled with fantasy and fun, mistakes will be made. I don’t mean just mischief. I mean those egregious decisions that are made that come back to haunt years later. (See what I did there?)

Young children can almost be excused for anything. They lack experience and understanding for the most part or are displaying learned behavior. As for adults, that excuse can’t be used. At this point, you’re probably asking what the hell I’m talking about?

Blackface. I’ve written about it before.

Now, if you wear a Black Panther costume that comes with mask. You’re good, but if you have used or plan to use make up to darken your skin? No sir. Don’t do it.

You are not honoring Jay-Z and Bey. Hell, you’re not honoring anything or anyone. In fact, it’s the least complimentary thing you could do for brown people. Minstrel shows are not a good thing and neither is parading around like Sambo, which was such an affectionate and descriptive term.

That’s not flattery. Step back and take a look after wiping privilege from your eyes and let me know if you really think it’s a good thing… 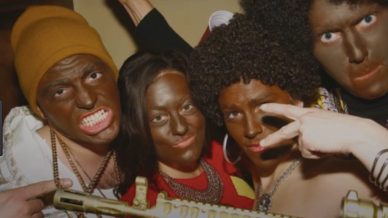 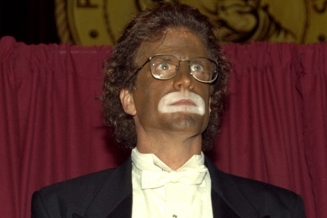 This saddens me that it’s a lesson that still hasn’t been learned. They say flattery will get you everywhere, but this…this? People who see value in it can go to hell. I’ll write my name on your ticket.

KD’s work can be found on Amazon or at Ylva.  Get information here on her sixth novel, Big Girl Pill which will be released on December 3rd via Dirt Road Books. For more information on KD visit her website