Learning to Love Something You Hate

Valentine’s Day is either a bouquet of roses in your week, or a pain in the ass.
Five seconds after New Year’s Day is over, the Valentine stuff appears on retail shelves giving most of us whiplash. Granted, we all know it’s just another excuse to throw money away on things we don’t need like… 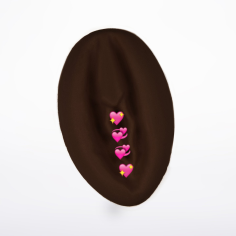 …then nibbling compulsively on them until the next retail holiday rolls around – which I think is Easter. This just means chocolate bunnies instead of chocolate cats.

In general, I have no issues with VD, whether I’m in a relationship or not. It’s just a day to do things or not do things. This year, my pareja will be doing dinner and dancing. A super casual thing that doesn’t involve a meal we have to take a loan to pay off. Also, no gifts or cards. Because really, what do you do with cards after you’ve gotten them? I still have some at the bottom of the closet to deal with from my birthday last month.

One thing that Valentine’s Day has me thinking about is love as it relates to other parts of my life. Things I once loved and now hate, or tolerate, or those once beloved things that have disappeared all-together. Like my ability to get a lot of shit done in not much time.

The peak of this ability to be productive was way back in 2013. That year, I wrote four books and a couple of short stories. I scheduled myself so efficiently that it was kind of shocking. The years after that saw variations on that productivity theme – getting three books done each year, then two. But last year, I was barely able to get one written. The novel I was super excited about at the beginning ended up being such a disaster that, after getting feedback from my writing partner, I shelved it until mumble-mumble.

I hate not finishing a book.
I hate not delivering something I’ve promised to readers, and to myself.
I hate when my excitement about a book curdles into resentment and apathy.

Whether if it’s because of me growing older or having burnout or just being quickly bored after the fire-flash of the initial idea, it’s all sucked mightily. And not in a good way. So, I’m learning to accept and even embrace the “slow down.” My partner in love says I’ll get back the excitement soon enough. My partner in writing urges me to give myself space and time to get over it organically, do something else in those times my brain is too fried to create.

In the past few weeks, I’ve blasted through the first seasons of Ragnarök (loved it!), Titans (meh), and Sex Education (🔥🔥🔥). Since I’m being “Netflix faithful” re Sex Education, I’ve only been able to watch a little of season two at a time, but I’m savoring the few episodes I’m able to get in during couple time on the sofa. Every now and again while shopping for fruit, I flash back to one of my favorite scenes of the show and start cackling.

Don’t get me wrong, I’m still irritated at myself for not producing as quickly as I did a few years ago, but on top of that, I do acknowledge it would’ve been better to spend as much time marketing the up-coming books as I did writing them. If a book falls in the woods and no one’s there to read it, did it really get written? You know what I mean, right?

So, now while I’m doing better with “accepting things I cannot change” or whatever, I’m also at that stage of pushing slightly past the mental exhaustion to do just a little bit more. When I feel I have no energy for another Pomodoro session, I edit a paragraph in the novel or simply do something work-related instead of picking up the remote to find out what else Netflix is up to. It’s a work in progress but I’m happy to say it is progress. And is also a kind of love.